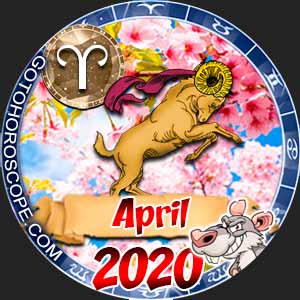 You know what they say about best-laid plans, Aries. That’s part of the reason you’ve been resistant to make them in the past. You know that odds are good anything you make big plans for could just wash away. There’s nothing wrong with keeping your head together about the future, but that pessimistic point of view needs to start changing. Guess which month you’re going to start that process?

Change is inevitable, but from here on out, you’re going to lean into it. Luckily you have the forces of the universe looking out for you as you do. The universe wants you to make big plans and stick with wherever they take you. Why is this all happening for you now, Aries? One big reason is the Jupiter and Saturn conjunction that is occurring this year. As you know, this is the beginning of a twenty-year cycle for these two giant bodies in the sky and the effects of it will be widespread. Although most of the power of this conjunction will be directed at the water signs, Aries is in the perfect position to feel its power. It’s like travelling in the wake of a large cruise ship, and that wake is going to take you to some great places.

Are there any lingering plans you’ve had for your home? Maybe even for finding a new home? You get no points for guessing that April is the month to follow up on those plans. You might have been nervous about big changes in that department and afraid to pull the trigger. What if I end up somewhere worse? What if I make my current house worse? This is the time for you to block that voice out and press on. Start making some housing-related plans on the 3rd. These don’t have to be anything crazy, but the crucial thing to keep in mind is: don’t dismiss anything because it makes you nervous. This doesn’t mean you should ignore your spider-sense about any potential dangers or anything like that. But you shouldn’t shy away from anything you’d love just because there’s risk involved. Always wanted to live in a condo in the city? Embrace it and start looking at listings. Want an addition onto your garage to use as a studio? Starting emailing some contractors. You’re not going to let fear stand in the way of the home of your dreams, Aries.

Your job situation is going to feel rocky throughout this entire month. It’s going to feel a bit like you’re standing on a wobble board, trying to keep your balance. Depending on your employment situation, this could mean big shakeups happening with lots of restructuring, or it could mean you’re put on a new project that feels well outside of your comfort zone. As long as you accept that everything is going to feel a little weird and fragile this month, you’ll be fine. The 10th will be a peak moment of uncertainty at your job. Keep your wits about you, especially when everyone else will be freaking out. Just trust that this month will be a bit of an aberration and that everything will settle down back to normal (or some new normal) by May.

There’s nothing wrong with making plans in life. There’s also nothing wrong with being skeptical of plans coming together. You’ve spent much of your life, Aries, being a bit too pessimistic about things and it’s holding you back from what you really want. April is the month for you to get your Pollyanna on. You’re not all of a sudden going to become a ray of positive sunshine all of the time. But you’re not going to let the bad news of the world stop you from going after what you want. This month is the time for you to go against the grain of your skepticism and follow a little bit of bliss for once. Starting on April 1st (yes, April Fools Day), you’re going to put a smile on your face and say “yes” to everything good or different that comes your way. The people in your life are going to wonder what changed you and what hit them.

Replace pessimistic point view 2020-04-15 21:48:48
0
I definitely do want all of this negative sadistic pessimistic point of view to get replaced so all of my own determination, will, physical, emotional, & intellectual property rights will get restored forever into my life like I started to have all of that happy, healthy, sane, over-ambitious, auspicious victory from March & April 2018 to begin with.
My own vengeful dragon's month 2020-03-20 04:09:16
0
Oh!! I'm absolutely definitely going to love my own vengeful dragon month once it all starts to come along right on April 4, 2020!!