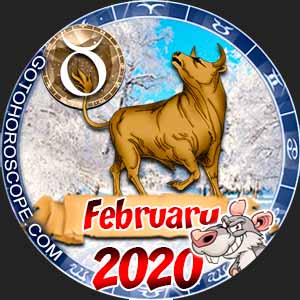 You've dealt with a lot of change already this year, Taurus, and we're only a couple of months in. The Chinese say вЂmay you live in interesting times' and they've certainly been interesting for you. This is a positive thing, though, as change brings with it the potential for tremendous growth. Note that we say вЂpotential' because it's very easy for you to miss the signs indicating what you need to do to capitalize on that growth. Good thing we're here for you. Read on, Taurus.

You have an interesting event in the sky that's going to shape your destiny a bit. Mars is going to enter the house of Capricorn on or around the 16th of the month. A lot of people under a number of different signs are going to feel this, but this is going to have long-standing effects on you, Taurus. You're going to deal with the repercussions of this for a long, long while. How so? There's a lot of power with that celestial shift and that power is both destructive and constructive. The destructive forces are going to tear down a lot of obstacles that have been in your way for a while, making it that much easier for you to see what you need to do to proceed in life. The constructive forces are going to do the equivalent of build bridges for you to make your journey shorter. This is pretty vague, we know, but the important thing is for you to notice when something closing down becomes an opportunity in disguise (and also to notice when something is just a straight-up opportunity). It's all a question of context and adapting yourself to however the landscape changes.

You've got one other force in the sky that's going to shape where you're going, and that's your old friend the moon. Specifically, the full moon that will appear on the 21st is going to pick you up and send you in a different direction than the one you're heading in. The moon has your best interests at heart, though, so it wants to move you in a direction that makes sense for your life. Once again, this is going to affect the landscape around you, where roads might become blocked and paths suddenly appear. Think of the moon as a giant puppet master, wanting to keep you moving along, even if it doesn't seem like it's the direction you had in mind. It's an odd metaphor, but perfect apt for what you'll be facing in February.

Amazing financial opportunities are going to present themselves to you, Taurus, if (and it's a big if) you know where to look for them. Just like the terrain is going to alter before your eyes, things you had previous thought of as fortunes might prove not to be, and hidden treasures will reveal themselves. Keep your ears open for any investment opportunities that seem unorthodox and slight (repeat: SLIGHTLY) risky. You don't want to bet your entire savings on the next cryptocurrency, but you do want to keep an open mind. The short version is this: keep your eyes open and your checkbook ready, but keep your head together. And if you're a betting bull, consider purchasing a lottery ticket on the 13th of the month. It might not pay off huge, but it's an exceptionally lucky day for you, so why not take advantage?

With all of this change and chaos flying around you, you need to take a moment and acknowledge your health, Taurus. Make sure you are the best bull you can be. If you haven't in a while, get yourself to a doctor in the second week of February. Not that there's anything to be worried about, but why take chances? Look for a minor health issue to hit you on the 27th. Nothing terrible, but be prepared.

There's been so much change for you already, Taurus, and now you're having a bit more thrown at you. You can handle it, though. More importantly, you can recognize how it's going to help you grow and thrive. Keep growing and striving and work to make 2020 your year: the year in which you become more than you ever thought was possible.