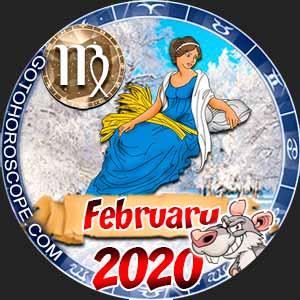 It may have felt like the universe is battering you around, Virgo. You're probably about ready to come up for air. Sounds like you could probably use some help from the skies. Mercury is going to be a force to reckon with in February, casting an effect on you, Virgo that's going to have a big impact on your life. That planet enters Pisces on February 3rd, which means its powers are going to be magnified and focused in your direction. What can you do with this new energy? It depends. More than anything, you need to be in a position to properly receive it.

That's not the only celestial movement that's going to have an effect on you, though. There's a lot of shuffling in the solar system this month for Virgos everywhere. Venus is also entering Aquarius on the 18th, immediately followed by Mercury moving direct in line with it on the 19th. You're going to see a real concentration of energies around the 18th through the 21st because of this. "That's all well and good,'' you might say, "but what does that mean when I'm here on Earth trying to pay my bills and get by?" It means you need to be ready to jump when everything around you is shifting around this time. There's going to be a lot of transition in the world and with the people around you. It's going to be you trying to jump onto a slowly moving train: it's slow enough that you can do it, but fast enough that you have to pay attention and not dawdle.

Those transitions will certainly appear with your family and romantic life. People may be coming and going in unexpected ways. This doesn't have to mean in a dramatic way (but it might). It can also mean people going on long trips, moving to a different house, or just becoming preoccupied with new things that take up their time. The planets indicate a great time of transition and you'll have to weather it. That's okay. As you know, the only constant in the universe is change and this is a great opportunity for you to learn to deal with it better. And with people transitioning out, new people will enter your life either this month or next.

February is the time to make big changes in your work situation if you haven't in a while. These don't have to be drastic, but they do need to make a difference. This could mean leaving a job that hasn't been what you've needed, but it might just mean switching desks or changing your way of doing your job. What's important is that you need a change of perspective to see things in a new light. You've got some big backup from Mercury this month and you don't want that to go to waste. Let the confidence of that winged giant back you up.

Money is going to be especially golden for you in February. Opportunities to grab it are going to be all around you, whether explicitly (a raise or some sort of gift) or latent (a fantastic investment opportunity that everyone else is ignoring). We're not saying this is the time that you're going to become fantastically rich, but it is the month when golden tickets are going to be dancing all around you as long as you keep your eyes open for them. Look for unexpected opportunities to appear around the 8th or so. They won't hit you over the head, but they'll be off center enough to catch your interest.

We mentioned that you've been battered around by a world a lot, Virgo. This has been the case for a number of months whether you've realized it or not. You're probably reading this and having it suddenly dawn on you that that's the case. Those planets in your house are there to boost you up and give you the leg up you need to face the rest of this year. 2020 is when you're going to be storming out of the gates like a superhero, ready to face anything coming your way. Gird yourself for it and make this the best year yet.