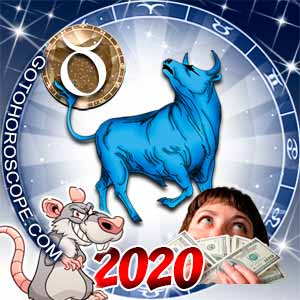 Despite any obstacles, the 2020 year of the Rat is an interesting time for you financially, Cancer.

Confessions of a Shopaholic might have been fictional, but it very well could have been a documentary about a Taurus living her best life. Tauruses are known for loving living in luxury, and for erring on the side of materialism. In 2020 though, those with Taurus in their natal charts should try and resist those urges. The urge to splurge definitely won't leave this 2020 year, but Tauruses can harness the power of the stars to analyze their spending more carefully.

Mercury retrograde is generally thought of as a sign that everything is about to go horribly wrong. Wherever there is a breakup or a computer crashing, you'll find someone pointing a finger at Mercury retrograde. However, for a Taurus trying to curb unnecessary spending or hoping to start making strong financial plans the three Mercury retrograde periods of 2020 will be a great time to think about finances. Retrograde is all about mindfulness. People who rush into decisions during a Mercury retrograde always live to regret it, but those who take their time are rewarded. Mercury retrograde will happen three times in 2020: between February 18th and March 9th starting in Pisces and ending in Aquarius, between June 19th and July 11th in Cancer, and between October 16th and November 2nd starting in Libra and ending in Scorpio. During these three windows of opportunity, it will be crucial for Tauruses to hold off on any big spending. It isn't the time to "treat yourself," no matter how many times you try and use that episode of Parks and Rec to justify your spending. Instead, they should focus on long term goals and plans. Start looking for investment opportunities and work out a savings plan instead of impulsively buying your whole Amazon wishlist.

Jupiter will have big professional implications for Tauruses in 2020, but perhaps even more importantly it will influence finances. In June, Jupiter will move from Gemini into the house of Cancer where it will stay for another year. This transit is very good financial news for Tauruses. The combination of Cancer and Jupiter is particularly powerful. Use these strong vibrations to channel your inner Mad Men and so you can seek out lucrative business deals. During this transit, Tauruses may find that they've attracted and accumulated useful assets like property or cars. then will be the time for Tauruses to capitalize on what they already have going for them. Natural talents may be more pronounced, and luck will be on Taurus' side. If you've ever thought about starting a side hustle, this would be an excellent opportunity to get things off the ground.

2020 might be a challenging financial year for Tauruses. Not because the planets are aligned against their talents and best interests, but because they may find themselves out of their comfort zone. Tauruses have a natural inclination to surround themselves with things that make them happy and are usually willing to spend a heap of money to make that happen. For most of the year, it would be wiser for Tauruses to exercise more cautious spending (especially during Mercury retrograde!). If they can do that, they'll find opportunities to grow their wealth in the long term cropping up in places they might never have expected to look before.