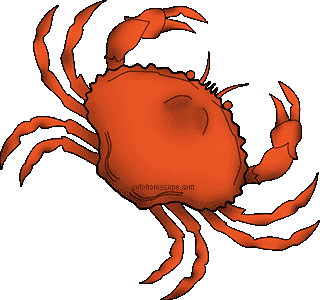 🌟If you’re in the mood to break a pattern, modify a routine, or teach an old dog new tricks, go for it today. This is not about amusing them— it’s about amusing yourself.🌟

❤ Now is not the time to rely on someone close to you to bolster your self esteem. You're the only one who can set you on the road to a healthy romance. ❤

💰 You enjoy being around others at any time, but especially now. Don't hesitate to take center stage when it comes to business situations. It's your time to shine. 💰

For Cancer on July 28, 2021 Void of Course Moon will happen in your 12th House of Soul Growth, Privacy and Secrets. Cancer should expect that any action taken during this period in the Soul Growth and Secrets sphere will come to the end with no result.

Tomorrow's horoscope for Cancer is probably one of the most effective ways to guide your fate - not fate itself, but its scenarios, to be precise. After all, a person's fate can be controlled by no one but the person themselves. Stars and planets affect us to some extent only, but this extent might actually be enough for us to be able to outline an ideal plan of action void of most dangerous moments. It goes without saying that it would not be smart to demand a 100% guarantee in this process. At the same time, Cancer's horoscope for tomorrow can become a wonderful guide to help you plan tomorrow's events.

Keep in mind that this horoscope gets daily updated and this means you won't have any problems with the information. Every morning without any delay our experts will be providing you with all the necessary information on the dangers lurking along the way and positive moments awaiting you ahead. It surely doesn't make any sense to get into the astrological depths; after all, astrology is a highly specialized science dealing with considerable volumes of data and various patters. Thus, no one will bombard you with the information which is beside the point. For example, why the heck would you want to know that tomorrow Uranus' astral emanations in respect to Mars-Venus duad will climax which will cause certain structural changes in the lower layer of the earth's energy shield? This information has absolutely no use to you. But the fact that the above-mentioned events can make the probability of a conflict with your colleagues, driven by their envy, quite high may be enough to make you start doing something about it.

Thus, the tomorrow's horoscope for Cancer you can see below only provides you with the most relevant information by using which you will be able to come up with the best sequence of planed events. Moreover, your focus will not be diverted towards various highly specialized insinuations which will be absolutely useless to you. What you will be able to focus on is only advice and only instructions formulated by experts and based on the planets in the solar system and the nearest stars. Peek a bit farther than just tomorrow's day in order to try and foresee possible events and be ready to face them.