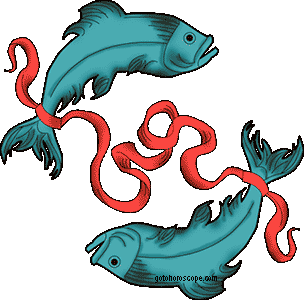 🌟Things are slowly but surely coming together. While they do, it’s up to you to keep your eyes on the prize, a song in your heart, and your ambitions at a reasonably attainable level.🌟

❤ The issue that's keeping you from sharing your heart with someone close is not as formidable as it may have at first seemed. It's time to be honest and open. ❤

💰 In dealings with close family and friends, this would be a good time to take a proactive approach. Keep an open mind but watch your bottom line. 💰

For Pisces on July 28, 2021 Void of Course Moon will happen in your 12th House of Soul Growth, Privacy and Secrets. Pisces should expect that any action taken during this period in the Soul Growth and Secrets sphere will come to the end with no result.

1864 Samuel Benton, US Confederate brig-general, dies in battle at about 44

Tomorrow's horoscope for Pisces is not at all a magic trick allowing to briefly raise a mysterious curtain of what's to come while searching for true answers to burning questions of today. Properly composed horoscopes (by the way, these are the only horoscopes you will find here) can help us find a way out of any, even seemingly impossible, situation. Pay attention to the phrase "help us find", not just "find" a way out for us. Stars' advice and guidance are a sure help, but do not expect them to do everything for you. Only your own will can have the fabric of your life weaved from all the events around you similar to beads being strung on a thread. Beads can be of different sizes and colors. Their combinations - directly or indirectly - affect future events. At the same time, a man has an innate ability to predict when certain beads are about to show up. This is what we call astrology. Tomorrow's horoscope for Pisces located above is updated daily and allows you to track the real-time environment in the celestial spheres. This might not do any good to some of you. However, a determined and goal-oriented person knows very well that sometimes it is absolutely impossible to realize a plan without reliable allies.

So, why not make alliance with the heavenly bodies whose electromagnetic fields in a course of millions of years created this world - the world in which we live and whose rules we abide by? It is foolish to ignore such help. Especially if this help is genuine - stars do not offer any other kind of help. However, their hatred (astral negativity) is always genuine, too. But even the information on some negative events will serve a smart person well by preparing them for what's to come. "Prepared" means "having a chance for success under any circumstances". Tomorrow's horoscope for Pisces will hardly substitute your own plans, but it will tell you which actions and when will prove most effective. This is already huge. Thus, when making use of horoscopes, you should always keep in mind that forecasts are not an alternative scenario of your life which you may or may not choose. Forecasts are the most probable options that you personally are able to change. It will depend on you whether this change will be for the better or worse similar to the fact that it is completely up to you and you only whether to listen to the celestial sparks' whisper or not.