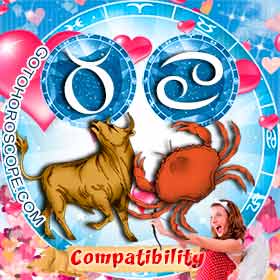 Cancer and Taurus make one of the best matches in the Zodiac. The Crab and the Bull share a love of domestic pleasures and will build a very pleasant life together. Taurus and Cancer’s core values are a close match, and their differences are complementary. Taurus provides a solid foundation for the Crab, while Cancer helps the ambitious Bull chill out. 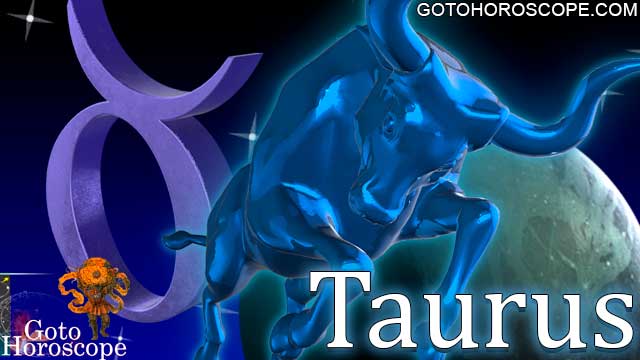 The Bull makes a sure and steady path through life. Taurus is infinitely patient and never turns from its goal no matter how far removed it seems. As is typical of an Earth Sign, the Bull is ambitious and enjoys the material rewards of its success. A great admirer of beauty, Taurus will grace its home with lovely, preferably expensive, objects. The Bull’s domicile is the pride of its heart embodying a sanctuary as well as providing a tangible symbol of the Bull’s success.

While Taurus is quite aloof when it comes to emotions, the Bull is very sensuous and connects to its partner through sex. It is likely that most drama in a relationship with serious Taurus will occur in the bedroom. Despite the Bull’s detachment, Taurus is an accomplished flirt and can be quite charming in social situations. In keeping with its sensual nature, the Bull enjoys many pleasures such as fine food, spa visits, and long sessions of lovemaking. 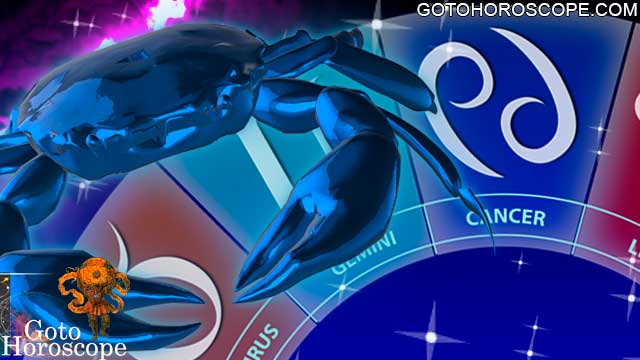 The gentle intuitive Crab is a past master of emotional intelligence. Cancer is so astute at discerning feelings that it often gives the Crab the uncanny appearance of being somewhat psychic. This incisive awareness of emotion makes the Crab exceedingly charming when it wishes. If Cancer is engaged by its conversation partner, it can easily make that person feel as though they are the most fascinating person in the world. Of course, this makes the Crab exceedingly attractive in the short term. Whether the attraction endures depends on the potential mate’s tolerance for Cancer’s dramatic mood swings.

The Crab has a great need for profound emotional connection. Cancer does not like being single and promptly falls in love with a little encouragement. Once the Crab has established a commitment, Cancer rapidly interlinks its life with that of its partner. This is done so thoroughly that it makes it exceedingly difficult to end a relationship with the Crab. Cancer never really lets go of anyone it has ever loved and will try to maintain a relationship with its former lovers. 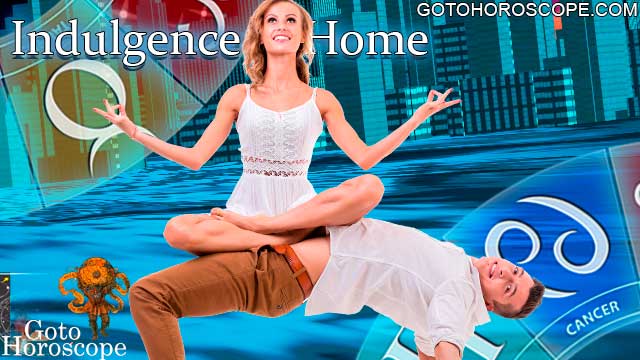 Cool Taurus and sensitive Cancer may seem to be an odd couple, but their similarities are significant and their differences more likely to complement one another than to cause much turmoil. The Bull’s solid character is quite immune to the Crab’s tendency to emotional excess. Taurus’s practicality is invaluable when it comes to pulling Cancer out of the depression to it is so prone. In turn, the Crab’s gentleness and tendency to lavish attention on its mate is highly valued by the Bull.

Both Cancer and Taurus are never happier anywhere but at home. Their mutual appreciation of beauty and taste for pleasure-seeking activities makes for much domestic harmony. Even their nights out are not likely to be spent in a crowded stadium or nightclub but rather exploring the menu at a five-star restaurant or enjoying a play at the local theatre. The Crab and the Bull are both good for the most part about keeping the house well-ordered. Cancer may occasionally let its share slide when it sinks into melancholy, but the Bull will step in and take up the slack until its mate is doing better.

Cancer can be quite clingy in a relationship and Taurus has a tendency to be a bit possessive, but the emotional turmoil of jealousy isn’t likely to be an issue in this paring. The Crab is deeply devoted to its mate and, under normal circumstances, would never consider infidelity. The Bull, while not as emotionally engaged as Cancer, has such a strong sense of integrity that breaking such an intrinsic commitment seems unthinkable to Taurus. The trust between this pair is one of the strongest measures of the relationship. It gives both the Bull and the Crab much freedom to be themselves without any restraint. 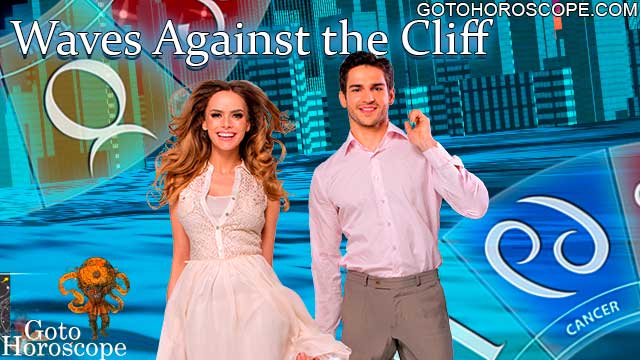 Waves Against the Cliff

Taurus and Cancer’s differences are structured in such a way that they don’t often cause dissention between them. However, sometimes these differences are so extreme that not even a complementary partner can mitigate the trouble. Cancer’s emotional turmoil is one of these potential problems. While Taurus is quite capable of standing firm in the face of mood swings, a prolonged period of depression will perplex the Bull. Should this melancholy last for an extended period of time, Taurus may begin to feel quite abandoned by its mate.

The Bull’s extreme drive to success contains another danger for the couple. Taurus has a tendency to focus on its goals to the exclusion of everything else. It’s quite possible for the Bull and the Crab to become unbalanced in this situation. Taurus spends more and more time working while Cancer is left alone at home, waiting for its mate. The Crab isn’t good at communicating its emotions and the Bull is far from empathic. While Cancer will cling desperately to its lover, never thinking about leaving no matter how neglected it feels, it can easily plunge into despair in this situation. 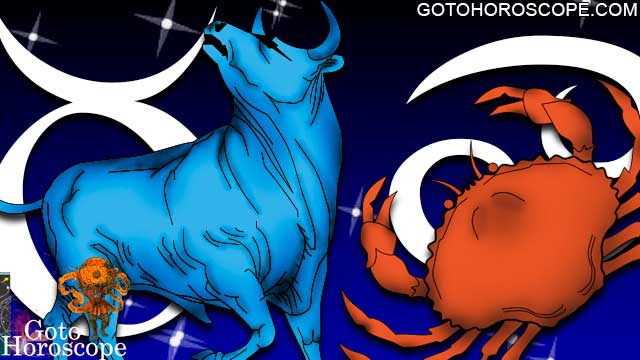 A Solid Establishment of Counterparts

Cancer and Taurus are brilliantly equipped to create a wonderful relationship full of mutual caring, love, and pleasure. The Bull’s worldliness balances the Crab’s enigmatic and dreamy ways. Cancer helps the Taurus to unwind and soften a bit. The Crab and the Bull are both secure enough in the loyalty of their mate, that each can relax completely, secure in the knowledge that they will be loved and protected no matter what. Taurus and Cancer have a mutual love of domestic life and together create a beautiful retreat where they can love and pamper one another to their heart’s content. As long as Cancer can temper its emotional excesses and Taurus doesn’t succumb to its workaholic tendencies this will surely be a house built on the rock of affection.

Zodiac Compatibility - Find out how the Love Relationship of Taurus and Cancer look like when combining with other members of the Zodiac circle. How Compatible Taurus and Cancer in their pairs are when matched with different Star signs and how they manage to maintain the Love Harmony with their loved ones.