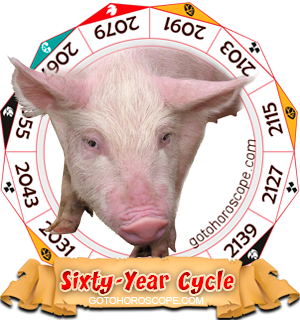 People who are born as a Pig according to the Chinese Zodiac share certain characteristics. Pigs are impeccably honest people, who could never even imagine telling a lie. This makes them very reliable friends, mates, and corworkers, but it can also leave them vulnerable to betrayal. Because they never think about deception, Pigs don't usually see it coming. If you are a Pig according to the Chinese horoscope, you could likely benefit from being a little more suspicious of the people you meet until you get to know them.

Pigs are very social creatures. A person whose Chinese Zodiac sign is the Pig does not like to be alone, and generally seeks out crowds. Although Pigs do not strive to be the center of attention, their gracious manners and friendly natures draw people in, and Pigs always have many friends. Since Pigs have a natural talent for negotiation, they are usually to "go to" person in their group of friends for conflict resolution. Pigs are great at helping two opposing sides find a compromise, which can be a very useful skill for several different career paths.

People born under the Chinese sign of the Pig are prone to overindulgence and must learn to exercise prudence. Since Pigs are fond of the finer things, like lush fabrics, beautiful decorations for their homes, and fine foods, they can find themselves overspending if they aren't careful. Pigs also have a tendency to overeat, which can lead to illness if they aren't careful.

Those born as a Pig under the Chinese zodiac never take on a commitment unless they are sure they can meet it, and then they make a concrete plan. They tackle aspects of the project every day until it is complete, and don't allow distractions to get in their way. This makes Pigs very reliable, and they are usually valuable assets in the workplace.

Every sign in the Chinese horoscope is also affected by an element. A Pig tempered by the element of Earth is very grounded and practical. Earth Pigs do not allow themselves to become stressed, because they simply make a plan before tackling any obstacle.

Earth Pigs are always happiest when they are enjoying time at home with their families. They will make sure their homes are decorated for comfort and relaxation, and they will always have a calm air about them.

Earth Pigs make extremely reliable and dependable employees. These individuals will work away happily at a project until it is complete. Earth Pigs do not usually harbour higher ambitions, and do not strive to climb the corporate ladder. They are content with a routine where they are kept busy every day and earn enough money to take care of their families.

Although Earth Pigs do have that tendency to overspend, they are hardworking and reliable. Since they are so practical, it is rare for an Earth Pig to make an unwise decision. This is why Earth Pigs have so many friends who count on them! 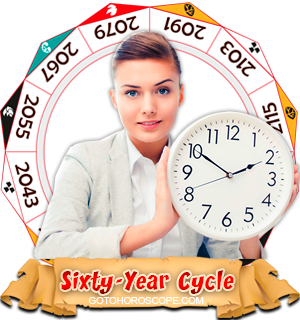