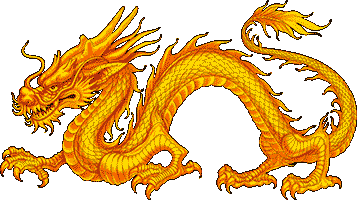 All cultures around the World have for thousands of years looked towards the Sun, Moon and Stars for life guidance. The Sun has always been regarded as the bringer of life and the Moon has been utilized to predict tides in seas and oceans. The Stars in the sky move around in fascinating patterns that can be plotted. All these planetary influences combine to form the diversity of astrological beliefs that we know about and use today. Two of the most popular are Chinese and Western Astrology and these make up the basis of most modern ideology on the subject. They also form the basis of personality prediction and horoscopes today for people to consult their own individual zodiac readings.

Chinese Astrology is probably the oldest method and it is based on many things including animals, elements and the symbols of Ying the Sun and Yang the Moon. Ancient astrologists describe the characteristics of 12 creatures and use these personality traits to make up the main formation of an astrological calendar. In Chinese Astrology each animal represents a year of birth and those people born in that period are believed to acquire some of the designated animals character. They additionally obtain an association with Wood, Fire, Earth, Metal or Water and will also be thought of as a Ying or Yang person.

Western Astrology uses a less complicated system to determine the likely personality of individuals born at different times of the year. It has 12 symbols too and their period of reign is loosely connected to the twelve months in an annual yearly cycle. Some signs are symbolized by animals like Leo and Aries others by human representation like Virgo and Aquarius. In the case of Libra they are illustrated as the scales and the only sign with a materialistic attribute. Each of these star signs denotes a special set of typical features and traits bestowed on the person at the time of birth.

Although Western Astrology is more simplified it can give rather accurate predictions to probable personality types. However it does only give a basic and sometimes generalized view of a person's likely characteristics. If a more detailed analysis of a character is required it is often beneficial to look at both ways of gaining an insight. Utilizing Chinese and Western methods of thinking together can reveal a much clearer and fuller picture. It can help differentiate and explain why two people of the same sign have differing qualities and in varying strengths. The influences from the Chinese animals often adds the little extras to a personality.

The correlation of Chinese and Western horoscopes is very useful information to examine for the purpose of a personality interpretation. Most people are aware of their Western sun sign and will recognize their similarity to the conventional average assumed traits. While this gives an adequate portrayal it can sometimes leave out the finer and more significant details of a person's temperament. In order to fully assess someone's traits and astrological forecast, we need to look beyond their elementary horoscope and into the deeper theories of the centuries old Chinese doctrines.

To take an in depth look at a person's character and possible destined path in life we need to discover their nominated Chinese animal. It is easy to find this out simply from the looking up the birth year of the individual concerned. We can then combine this information alongside the revelations from Western Astrology concepts. For example a Scorpio born in a Monkey year will differ from a Scorpio arriving in a Dog Year and so forth. Consulting Chinese systems as well as Western ones will give a more elaborate record of how the person thinks and what his or her habits and tendencies will be.

When you compare this pair of astrological analysis insights as one you will easily be able to see the difference it can make. The addition of the animal and element presences in a personality can disclose revealing aspects to a personal assessment that can be uncannily accurate. If someone feels that they are not a typical Pisces or Sagittarius, then it will usually be because they have the influence of a creature that dominates or alters the fundamentals of their sign. If there are two animal influences, for instance a Taurus the Bull born in the Year of the Ox, then the Chinese version tends to be the stronger as a rule.

Examining your own or someone else's predestined horoscope with such scrutiny is probably the best way to understand yourself or them. It can help determine suitability for the contemplation of professions and person to person and soul mate relationships. Correlating the enlightenment from both astrological ideologies is an excellent means of gathering additional awareness and comprehension. If a Western determination of your individuality is not a fair description then it is worth doing some further investigation with Chinese interpretations.

Descriptions of the combined Chinese and Western Astrology personalities will give a more complex account. If even further research is required then Chinese Astrology also allocates five fixed elements into the equation. Each animal has a connection with an element and this can display even more perspicacity into a person's behaviors, likes, dislikes and proneness's. The Rat, Ox and Pig are Water and the Tiger, Rabbit and Dragon are Wood. The Snake, Horse and Sheep are Fire and the Monkey, Rooster and Dog are Metal. These components and the Ying Yang classifications provide further clues to the inner workings of different personalities.

The main idea behind Astrology and especially Chinese Astrology is the ability to evaluate and understand one's self. By studying its history and teachings we can learn how to best utilize our characteristics to gain the most from life. It is exceptionally good at assisting with compatibility when people join together in work, friendships or personal relationships. If you have not already checked your Chinese horoscope and all its insightful structure you are advised to do so as soon as possible. You should be pleasantly surprised by its observations and accuracy.