The use of dice in divination has been popular since ancient times, from Africa to Mesopotamia, when our ancestors would use knucklebones or pebbles to scry the mysterious workings of the universe. In fact, one of the most common names for this practice, astragalomancy, comes from Ancient Greek. The ancient Greeks would use this practice to communicate with their gods and oracles. Even the most famous Delphic oracle used turtles’ bones and dice to confirm a prophecy or to clarify some details.

In the seemingly random appearance of the numbers on the dice, the secrets of the universe and the patterns that fate tattoos on our lives can be revealed. Although the dice can sometimes be used for quick “yes or no” questions, usually their answers are not as specific or straightforward. Instead, they inform you about your potential, about the ways you fit with the rest of the universe, and alert you to signs that fate is carrying you on your path towards fulfilling your intentions.

Above all, the Dice are about connection. The patterns exposed with these tools will help you connect with your inner self, with the power of your own intuition, and with the universe as a whole. You will learn to view your place in the universe not as a lonely individual, but as one beloved, purposeful part of a whole that is constantly growing or moving together. Hopefully, you will gain a newfound appreciation for your purpose in existing on this beautiful planet. May this journey brings you close to the enlightenment you desire and deserve. 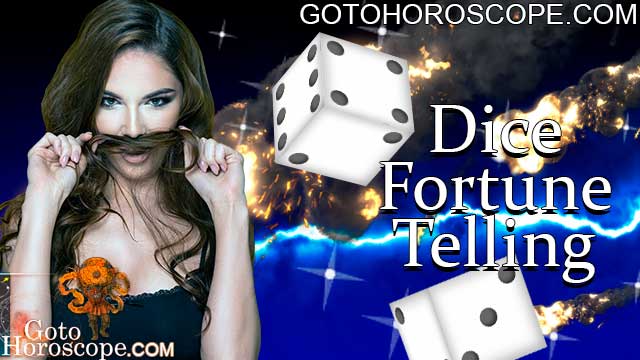 There are many ways to use the dice. Some prefer to follow the tradition of the ancients, who would draw a circle or some other form of demarcation and throw the dice within those grounds. Some practitioners have certain days of the week they consider favorable for casting the dice, while others do not. If this practice does not speak to you, you are welcome to find your own way of communing with the dice and throwing them, for this form of divination is all about coming into your intuitive power, not following the boundaries set by others. 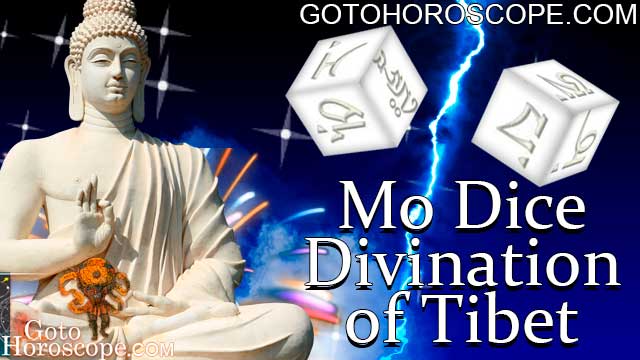 Tibet has its own unique system of predictions on dice called the Mo Dice. There are no dots on die sides instead of that Mo Dice is covered with Tibetan syllables each one with its own meaning and sound derived from the mantra of Manjushri. Even the arrangement of the sides of the Mo die is unique. Yes, it matches the dots of a normal die, but not directly. Initially, the Mo Dice were used by monks who interpreted the will of the Tibetan gods, on their way to nirvana. Over time, the Mo Dice went to the people and became a widespread method of fortune-telling in the Himalayan region.

Initially, dice were used primarily in gambling, for example, in ancient Rome, such games were banned. Nevertheless, in the cultural layer of those epochs, there are many artifacts that confirm the addiction of the Romans to the game of dice. The oldest 20-sided dice was discovered in Egypt, more than 2.2 thousand years old. With the advancement of technology and the advent of affordable paper, the concept of a game and a predictive tool originated in dice gave rise to playing cards in 7th century China and, subsequently, Tarot cards in 15th century Europe. They spread very rapidly, mainly because the cards were cheaper and easier to manufacture, and offered more varied and complex combinations. Today we use them all... 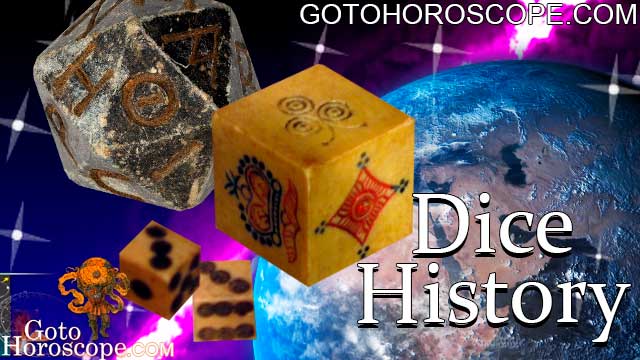 A common die is a cube with dots on each side, the sum of the opposite sides is equal to another pair of opposite sides. The same rule applies to multi-sided dice, but not always. Currently, there are many shapes of dice, from double-sided to spherical with indeterminate results (some results are more likely than others). Just take a look at the most exotic die, it is a Zocchihedron - a 100-sided die invented by Lou Zocchi. All of them could be used for fortune telling though the classic is a 6-sided die.

There are thirty-six combinations in total, corresponding to six domains for each side of the die.