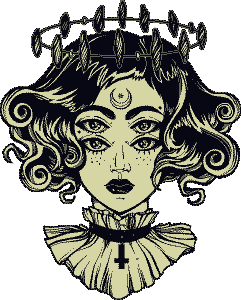 Meaning of Planets in Horoscope

Secrets of Planets in Horoscope and Planetary Astrology profile.

Your personality and horoscope understanding with Natal Chart.

The planets and stars in our Solar System are believed to provide a very strong power and control in personality formation. The date and time of a person's birth can be astrologically charted using planetary locations to determine their probable characteristics. Using these celestial bodies and their mythical authority as a guide to human traits has been utilized by astrologists for centuries. Planets are considered the action forces that drive both internal emotions and the occurrence of external events. They are all about energy and getting thing done and can hold many secrets to an individual's persona and their destined path in life.

The Sun is the best known astrological influence and it's authority helps us form the mannerisms of the twelve basic zodiac signs. Almost everyone is aware of their Sun sign and some of the typical personality features associated with it. The Sun in Astrology stands for ego and self identity and it's position can reveal the basic structure of a person's character. Looked at without the inclusion of all the other 8 planets and the 1 dwarf planet in a horoscope arrangement the Sun only shows the fundamentals of people's character's. It shows their possible interests, tendencies and egotistical behaviors. Most individuals will be able to tell you their Sun sign as it is the most widely known and used identifier of a personality type.

The Moon in Astrology concentrates on the emotional side and responsiveness of a person's nature. In a natal chart its location and prominence can sometimes disclose more information that is gained from their Sun sign interpretation. As it's influence's focus on feelings, the inner self and the projection of expression, the Moon reveals the balance to a person's psyche. It seems to act on the observation and expressiveness of the personality and portrays how emotions can play a big part in the mind and spirit of individuals. The Moon's presence allows an important insight into the perception, sensitivity and openness of people.

Mercury's appearance in astrological readings can show us the possible intellect, aptitude and communicative ability of a person. This planet is tiny in size but that does not relate to it's power in influencing the responsive elements in a person's characteristics. Mercury deals with reasoning and communication and supplies clues to the intellectual inclinations of a person. This fast moving globe can expose someone's ability with written and spoken language. Venus is unique in the fact that it is the only planet in a horoscope map that was named after a mythical Goddess rather than a God. In Astrology it's message is carried as decisiveness and compassion and it's positional point can display a person's astuteness and flexibility in these areas. In Astrology Venus brings attractiveness wherever it is found placed in a charted natal personality setting.

Mars's influence holds the key to the possibilities for the power, energy and optimism within an individual's persona. It's significance in Astrology based birth reading can highlight the personal physical and mental drive of an individual. Mars centers around the satisfaction of natural urges and focuses on desires and gratification revealing someone's inner motivations. It also conveys a person's will to achieve and their boldness in doing so. Jupiter's input into astrological assessments is thought to emphasize development in all forms. It is believed to signify the will of a person to progress and preserve while at the same time satisfying instinctive needs and wishes. Jupiter offers an insight into the emotional strength and perseverance of someone in their character and their handling of circumstantial events.

The influence and significant value of Saturn in relation to Astrology is regarded as a very strong one. Saturn's power astrologically is quite often considered of more importance than that of the Sun and Moon. It is assumed to be the controlling force behind self preservation and this is thought more important than egotistical or emotional forces in human life. This particular planet's power is anticipated to also have an effect on the industriousness and ambition levels of a person. Uranus is known in horoscope analysis to pinpoint the potential of a person's intelligence, independence and individuality. This planet's significance concerns change and how a person copes with it emotionally. Uranus identifies and enhances the observational and inventive traits within a personalities way of thinking.

Neptune adds a certain touch of mystery and uniqueness to all the other personality revelations of a birth chart review. This planetary influence shows how sensitively people may respond to stimuli and make their subconscious decisions. The positioning of Neptune at the time of birth may uncover people's responsiveness and their ability to make positive choices in life. Finally Pluto in Astrology is thought to dispense rebirth and renewal in any section of the horoscope it enters into. Its influence can often replace one thing with another and express transformations and adaptations. Pluto is slow in its movement but it's influential authority is steady and powerful in astrological fields. This fairly recently discovered dwarf planet takes over 240 years to travel through all the zodiac signs so traits can continue over generations.

A birth chart is a wonderful totally unique portrait of an extremely personal kind, it can unlock the secrets of your truly original temperament. No two charts will be exactly the same as all the planet's position's alter every second. Every time a person is born the coordinates of the astrological planet system will be ever so slightly different. This is why it is exceptionally useful to be able to study the variations to explore the differences between us. Knowledge about the influences of the planets and how and why these imprints have made an impression adds to the fascination and comprehension of horoscope analyzing. Each separate planet has an effective role in forecasting personality features and guiding on the best ways to make the most of them. It is considered essential to be knowledgeable about planetoid forces when reading any predictive Astrology compositions.

Comments: Meaning of Planets in Horoscope