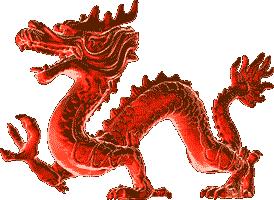 In traditional Chinese Astrology Ten Heavenly Stems and Twelve Earthly Branches forms the Sixty-Year Cycle Calendar of energy Rebirth that mapped all cycles of natural phenomena and human activities in a form of Animal Zodiac signs and the Five natural Elements.

When most people from the west think of Chinese astrology, they think only of the twelve animal signs. The twelve year animal cycle is quite well-known, and many people are aware of some of the characteristics shared by people born under the various signs, especially their own sign. Of course, the Chinese Zodiac is more complicated than simply knowing the twelve animal signs. The entire system is linked to a lunar calendar used to date events going back thousands of years, and it can be used not only to determine the characteristics of a person, but also that person's future luck. The twelve animal signs are known to the Chinese as the Twelve Earthly Stems.

The animals that represent the signs in Chinese astrology are taken from ancient tales. Some versions of the tale hold that Buddha held a race and invited all the animals to participate, with the first 12 to cross a river and the finish line being given a place in the calendar. The wily rat won by riding on the Ox's back, jumping off just before the finish line to take first place, with the Ox right behind. The Snake finished ahead of the horse by hiding in the Horse's hoof, jumping out at the last minute and startling the Horse backwards. The Dog, despite being a strong swimmer, finished last because he decided to take a bath in the river, and the Pig finished twelfth because he stopped to have a meal during the race. The other animals placed based on their strength or through mutual cooperation.

Other versions say that all the animals were invited to a feast by either Buddha or the Jade emperor, and either the first twelve, or in some versions the only twelve, to show up were given the places of honor in the calendar. Over the thousands of years that this calendar has been in use, many versions of the tale of origin have cropped up. The twelve animal signs also interact with the five elements, and the male and female energy of yin and yang.

Many Westerners are familiar with the Chinese concept of Yin and Yang, which are male and female energies. In fact, many people in the West are fond of the yin-yang symbol, which shows the duality of nature in a beautiful way. Yin is a female energy; soft, diffuse and receptive, and is associated with the moon. Yang is a male energy; hard, aggressive and ambitious, and is associated with the sun. Without one of these energies, the other cannot exist. They are two halves of the same whole, and can transform in cycles. In the Chinese zodiac, six of the animals have a predominantly yang or male energy, and six have a predominantly yin or female energy. The Rat, Tiger, Dragon, Horse, Monkey, and Dog have yang energy, while the Ox, Rabbit, Snake, Ram, Rooster and Pig have yang energy.

Five elements exist in the Chinese calendar: Metal, Water, Wood, Fire, and Earth. Each of these elements has a yin and a yang energy, resulting in ten elements altogether (Yang Metal, Yin Metal, Yang Water, Yin Water, etc.) These ten are known as the ten heavenly stems, and they interact with the animal signs to produce a sixty year cycle. The yin form of an element only interacts with the "female" signs, and the yang form only interacts with the "male" signs. This results in a cycle that begins with the year of the Yang Wood Rat, then moves on to the year of the Yin Wood Ox, then the Yang Fire Tiger, the Yin Fire Rabbit, and so on until all of the elements have been combined with all of the animals, and yang applying to yang animals and yin to yin animals. In this way, the Ten Heavenly Stems interact with the Twelve Earthly Stems.

There are many other factors that affect your personality and luck according to the Chinese zodiac. For example, there are secondary and tertiary animal signs for each person based on his or her birth month and hour. All of these animal signs are also affected by fixed elements that differ from the Ten Heavenly stems. All in all, Chinese astrology is far more complicated than simply knowing the birth year of the person in question. Once all the factors are properly calculated, a Chinese horoscope is a very individual and accurate piece of divination.