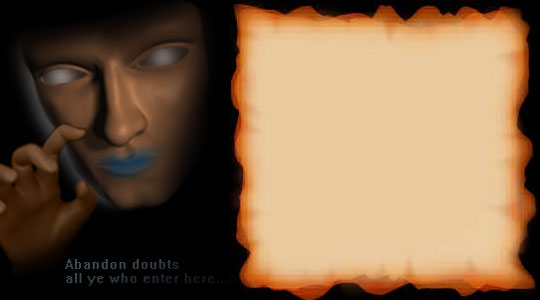 Here you may ask any question you've got.

Before you ask the Oracle

Try to formulate the question correctly. The Oracle of Fate answer is always a bit ambitious.

The very question plays an important role in predictions, its formulation. Too simple question can hide the answer itself, and the curt question may have the curt answers as ‘Yes’ or ‘No’ and can be ignored by The Oracle. Too long and complicated question can provide such a confused answer that it will be hard for you to understand it. The question of several questions and sentences can also be ignored.

The right decision is to formulate the one-sentence question, and the answer will be correspondent. Follow the below rules:

As the legend says at the Ancient Times King Kress asked Delphian oracle whether he could start the war with the Persians, and the Oracle answered that King Kress would wiped off the face of the earth the great Empire. The result of the war was the overwhelming defeat of Lidia, Kress was the king of it. The prediction justified, the great Empire disappeared…

Sometimes the Oracle cannot give the answer to the set question, but it doesn’t mean that it won’t be answered forever. Ask the same question within a certain period of time (several days) and the Oracle will give the prediction.