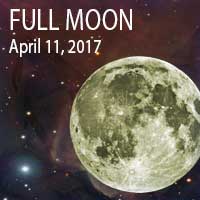 April's Full Moon is at 21 degrees of Libra which centers around a release involving a recalibration of the scales and person-to-person connections. Remember that is the purpose of this cycle, to begin with. The energy specifically meets with the Planet Jupiter (still in retrograde). This is a point of expansion, and it could mean you've been overdoing it in many portions of your life. In this case, it could be around partnerships, finances, or unexpected love stories that are beckoning. The Moon and Jupiter are also involved in a T-Square with several planets. This can create a bit of a tough energy, in fact, the theme of this moon is rather headstrong and stubborn. The Sun is Conjunct Uranus in Aries adding in a little confusing and stirring the pot. This Aries energy wants sudden and unexpected things to happen at a moments notice! This might mean arguments between couples are going on! Be careful not to leave anyone behind here! Feelings can definitely get hurt! Adding to this, even more, is the apex at the T-square which is Pluto at 19 degrees of Capricorn. Egos collide, and tempers may be soaring or even raging! Power struggles are a major possibility. Pluto is asking partners to drastically change their ways or asking you to drastically reassess how you handle a relationship.

There might be a lot of pent-up emotions, and tears, Mars is also having a say here at 22 degrees of Taurus quincunx the Moon/Jupiter configuration. There are so many opinions, and it might not feel like a solution is even possible today. Let the healing begin after the fall. The Tower Card in the Tarot deck comes to mind, or even the Five of Pentacles! The saving grace of the energy and the lighter sides of this is Saturn's position at 27 degrees of Sagittarius, really asking the Sun/Uranus in Aries to focus on a tangible and practical solution. Fire signs might be nicer to fire signs right now. Air signs might be nicer to air signs. However, Fire and Air might be combusting! There might be a lot of finger-pointing at this time, as Mercury is in retrograde at 4 degrees of Taurus. Give yourself SPACE today, yes SPACE! Lots of it. Boundaries, listen to the Dixie Chicks, and give yourself some, room to make big mistakes, or do what you got to do. Or whatever you really need to move this energy in a positive direction.

Water and Earth signs might feel the intensity of others, however, Venus is in retrograde in Pisces with the asteroid Chiron at this time, so this might actually clear up a great question around a heart wound for some of you. Or it might be the final spin or final draft on something! And all things considered, Venus and Mars are nicely sextile to one another so there is true love to be had here! It might be a fight that ends in a nice kiss and makeup! A brass tax of this moon - partnerships are changing for the better here, all types, in all capacities. Transform the power to the highest good. You were put together for a reason, or you found each other for a major change. Love wins!

As always, body care is recommended with Full Moons! What can you do to brighten your day? Cinnamon oil, apple Tea, blueberries or fruits high in antioxidants, mint, yummy oatmeal! Have some chiropractor or massage time! Take good care of any neck and shoulder pain!
Daily Horoscope Weekly Horoscope Monthly Horoscope Horoscope 2022