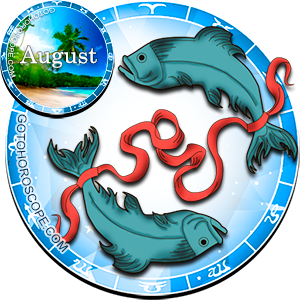 For Pisces, the mutable representatives of the water cross, August of 2016 can become a quite ambivalent and ambiguous time, though mostly positive. The thing is that the situation around you won't be the most ordinary, in terms of celestial objects, of course. Mercury, in its normal position responsible for the "expulsion" of Pisces, will dramatically and irrevocably change the modality of its own energy flows. And instead of its negative impulses, it is now reasonable to expect strong support on its part. As far as Venus is concerned, which supposedly should act as an exaltation planet for your sign, the situation will develop less positively. The heavenly priestess will suddenly decide that you've had enough astronomical benefits and it's time for you to taste a spoon of tar. In this respect, it will be of no importance that you actually didn't receive a lot benefitsģ Fortunately, Jupiter, the planet-ruler of Pisces, will be able to neutralize most of the Venusian negativity. The result is obvious: the final month of summer will appear a calm and, so to say, consistently-successful time for you. But with regard to your personal feelings and emotions, everything will surely be ambiguous.

In August of 2016, in particular in the working direction, Pisces will experience some conflict situations, not exceptional, but standard and, so to say, mundane. However, these situations can easily destabilize you by creating a negative emotional background, which in turn will become the forerunner of many more serious and significant problems. It doesn't mean that all this will necessarily develop according to this scenario. It will be enough to stay reserved and quiet to a greater extent in the first days of the month. Although, frankly speaking, this clearly won't be enough, especially considering the high level of natural expressiveness inherent in Pisces. So you'll still have to come up with some way out of the situation, and the stars will definitely be of no help for you here, you need to act on your own. It will be easier for those who don't work for themselves. Your leadership will have a lot on their plate and will totally forget about you; even your colleagues are dealing with their own tasks and leave you entirely to yourself. This is a fairly peculiar moment, but with a drop of wish you can extract from it a lot of useful "bonuses."

Your "love life" in August of 2016 may well become your magic wand, "the ultimate weapon" in the fight against depression and the total "injustice" of the world around you. It's perfect if your significant other always supports you in all your endeavors and shares your views. Now they will need to just ... leave you alone! Specifically, they need to give you an opportunity to "think about the eternal" with a cup of coffee and your favorite book in your hand. Spend as much time as possible in the fresh air and don't let yourself get stiff, regardless of your age and direction of your activities. Now your emotional and spiritual development is especially crucial, but you shouldn't neglect your morning runs either. Discard all the stereotypes, because what's the point of trying to be someone you don't want to be? Therefore, up-up and away, towards building your own body and your own future, the way you want it to be. Your friends will support you so have no doubt that you will have someone to rely on in this challenging undertaking. In the family circle, you should avoid promoting the values that are fundamentally alien to the many. Bear in mind: all in the right time.