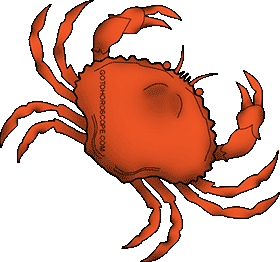 🌟 For Cancer, this week will be filled with joy and harmony. Don't look for the trick. You need to believe in luck and try to get the most out of this period. It will be good to succeed in cases related to the solution of pressing issues. The stars advise us to go on the offensive in all spheres of life. Inaction for you, dear Cancers, is akin to losing ground. At the end of the week, there may be an episode when someone tries to shake the innate confidence of your sign. Be yourself; be more assertive in your actions and words. Perhaps the time has come to change some aspects of life, but such reforms should be implemented very carefully. 🌟

🔭 This week's Planetary Aspects for Cancer

January 30, 2023 - Sun in your 8th House of Transformation and Sexuality square Uranus

January 30, 2023 - Sun in your 8th House of Transformation and Sexuality semi-sextile Venus

February 4, 2023 - Mars in your 7th House of Partnership and Marriage sextile Jupiter

February 4, 2023 - Sun in your 8th House of Transformation and Sexuality conjunction Saturn

1977 Frenchman Fran‡ois Claustre freed, after 33 months as hostage in Chad

1508 Maximilian I assumes imperial title without being crowned

This page of our website offers you a weekly horoscope for Cancer. We would like to draw your attention to the fact that this horoscope gets updated weekly. We want to give you an opportunity to build your plans each week in accordance with the astral positions of the solar system's planets. After all, the harmony of our own energy and powerful energy impulses produced by all celestial bodies is extremely important to us even if we don't notice it. People made a note a long time ago that everything in this world including their own lives was controlled by the planets and stars and their movements in the skies. This is how astrology was born - a mysterious unique science found right in between mathematics and esotericism.

Today astrology is not at all an exotic activity. Today we have a wonderful opportunity without having to leave home and spend extra money to learn everything we need to know about the star combinations. After all, technologies keep progressing and the Internet made it much easier for the experts who our ancestors used to refer to as flamens and magicians to communicate with those who all of their efforts are directed at.

This horoscope, the weekly horoscope for Cancer, is a clear and quite obvious scenario of how stars impact our lives. At the same time, we do understand there are no signs of any clear instructions in such horoscope. There are only advice and warnings. So, your future is still hidden from you. However, after having studied the information, you know where your frigate may hit the reefs and which bays it would be worthwhile for it to visit. This is the whole point of the weekly horoscope for Cancer - to steer the Crabs in the right direction and the rest is up to them. Let's start by assuming that you simply choose to ignore this suggestion. Nothing horrible will happen, but you will lose an opportunity to shield yourself and your closes ones from unnecessary problems. Or you may simply lose a chance to capture your Blue Bird since you won't know when and where you should be looking for it.

This is the purpose of astrology: it helps us focus on truly important events in our life and make well-thought-out decisions by considering the most of the external factors.