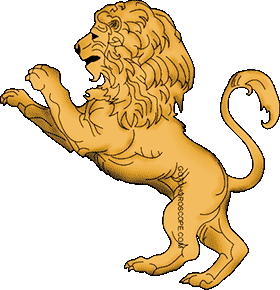 🌟 The week is favorable so that the Lions can bring their success closer. The horoscope advises you to listen to the wishes of your closest social circle. These people are much more than just allies to you. Success will largely depend on the agreements established between you. We should not forget about everyday affairs. In the second half of the week, unexpected developments are possible in a process that, as you thought, did not require attention. Correct the behavior, work on the errors, and never stop there. The weekend of this week will be good to devote to close family members or a loved one. 🌟

🔭 This week's Planetary Aspects for Leo

February 6, 2023 - Mars in your 6th House of Work and Health square Chiron

February 7, 2023 - Venus in your 6th House of Work and Health sesquiquadrate True Node

February 10, 2023 - Sun in your 7th House of Partnership and Marriage semi-sextile Neptune

February 10, 2023 - Mars in your 6th House of Work and Health sesquiquadrate True Node

February 11, 2023 - Mercury in your 6th House of Work and Health conjunction Pluto

February 11, 2023 - Jupiter in your 8th House of Transformation and Sexuality semi-sextile Chiron

February 12, 2023 - Mercury in your 6th House of Work and Health trine True Node

"There are more things in heaven and earth, Horatio..." - these words from the immortal play by the English classical writer are more than relevant today-the era of information technologies, especially considering the evolution of astrology which in the course of thousands of years absorbed so many diverse methods, theories and concepts that today it is a truly self-sufficient scientific discipline capable of making minor but very important discoveries in the life of each of us every day.

For instance, the weekly horoscope for Leo posted above informs the Lions which moments they should pay special attention to during the upcoming week. This horoscope gets updated weekly; thus our visitors have a unique opportunity to always be able to check their goals against the positions of the planets and stars. After all, when such an important phenomenon as forecast is in question, timely update is one of the key factors since stellar combinations are not permanent and their dynamics constantly undergoes various changes.

Weekly horoscope for Leo is a clear and well-constructed product by highly-educated experts who have their whole lives devoted to studying stars and patters of their influence on us. It goes without saying that if horoscopes had not been effective, they wouldn't have become so popular. You might be surprised, but very many people became successful and they have astrology to thank for their success. On the other hand, though, it would be a mistake to think that only stars and stars only made things the way they are. We achieve considerable heights only if we really want it, truly believe in it and make an effort towards it. You will hardly get anywhere by lying on a sofa and counting stars. However, if you are full of desire and your efforts gradually make your goal more and more feasible, astrological forecasts may come quite handy. They will help you do away with everything distracting and unnecessary and make you focus on the most important moments; they will tell you when it is wiser to let your plans brew a little bit longer and when, on the contrary, it makes more sense to move faster in order to avoid trouble.

Thus, weekly horoscope for Leo will serve the representatives of this zodiac house as a reliable guide through the world of energy emanations and astral mazes which - let's be honest - our life is made up from. So, why say no to such an enjoyable and effective bonus?