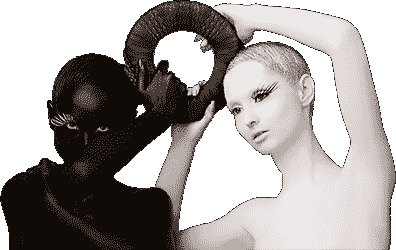 Name: Albert Einstein
Birth Date: March 14, 1879
Death Date: April 18, 1955
Place of Birth: Ulm, Germany
Place of Death: Princeton, Massachusetts, US
Nationality: American
Occupations: physicist, scientist
Age at Death: 76
Cause of Death: Aneurysm
Einstein developed the theory of relativity which is one of the two foundations of modern physics. His best known formula for mass-energy equivalence is E=mc2. Einstein received a Nobel Prize in Physics in 1921 for his work in discovering the law of photoelectric effect. This discovery established quantum theory. Einstein studied the problems of statistical mechanics and quantum theory. These studies lead to the explanation of particle theory and the motion of molecules. He discovered the thermal properties of light and developed the photon theory of light. Einstein, with other German scientists, wrote a letter to Pres. Roosevelt alerting him of the possibility of German manufacture of atomic bombs. The letter recommended that the U.S. become involved in uranium research. The Manhattan Project was established. Einstein published hundreds of articles and books. He also collaborated with scientists on the Bose-Einstein Statistics and the Einstein refrigerator.

Name: Edward Franklin Albee, III
Birth Date: March 12, 1928
Nationality: American
Gender: Male
Occupations: playwright
The writer of Who's Afraid of Virginia Woolf in 1962, The Zoo Story in 1958, and The Sandbox in 1959, Edward Albee, is a playwright who is considered unsympathetic to the modern condition. His works reflect an Americanization of the Theatre of the Absurd and his reinvention of the post-war American theater. In 2002, Albee wrote The Goat, or Who is Sylvia? Albee is a fellow of the Dramatists Guild Council, accepted Pulitzer Prizes for Three Tall Women in 1994, Seascape in 1975 and A Delicate Balance in 1967. Edward Albee was nominated as a Fellow of the American Academy of Arts and Sciences in 1972 and was inducted in 1985 to the American Theatre Hall of Fame. To celebrate his eightieth birthday, Albee directed The American Dream and The Sandbox at the Cherry Lane Theatre.

Name: Enrico Caruso
Birth Date: February 25, 1873
Death Date: August 2, 1921
Place of Birth: Naples, Italy
Place of Death: Naples, Italy
Nationality: Italian
Gender: Male
Occupations: opera singer
Caruso recorded over 290 commercially successful recordings from 1902 to 1920. His Vesti la giubba from the opera Pagliacci was the first sound recording to sell over a million copies. He became one of the most famous opera singers due to his popular phonograph records. Caruso made over 860 appearances at the Metropolitan Opera House. He toured with the Metropolitan Opera Company as well as on his own. He gave hundreds of opera performances throughout North and South America and in Europe. Caruso had a keen business sense and loved the sound recording. Caruso appeared in silent films and newsreels. His voice extended to a high C and grew in power as he became older. He sang lyrics, spinto, and dramatic parts. Caruso was a member of the Phi Mu Alpha Sinfonia, Grammy Lifetime Achievement Award, and a U.S. postal stamp was issued in his honor.

Name: Frederic Francois Chopin
Birth Date: February 22, 1810
Death Date: October 17, 1849
Place of Birth: Poland
Place of Death: Paris, France
Nationality: Polish, French
Gender: Male
Occupations: composer
Chopin was a child prodigy. He composed many of his works by the age of 20 before leaving Warsaw. He settled in Paris but only gave 30 public performances preferring the atmosphere of the salon and private concerts. He sold his compositions and was a piano teacher and quickly gained renown and a virtuoso. Chopin had a troubled affair with George Sand and credits one of his most productive composition periods to this relationship. Most of his compositions are for the piano and his keyboard style is technically demanding. He invented instrumental ballade and his piano works include sonatas, mazurkas, nocturnes, and preludes. He composed the Revolutionary Etude, The Funeral March or the third movement to his Sonata No. 2, and Cello Sonata in G minor. He also wrote at least 17 Polish songs published as op. 74.

Name: Harry Belafonte
Variant Name: Harold George Belafonte, Jr.
Birth Date: March 1, 1927
Place of Birth: New York, New York, US
Nationality: American
Ethnicity: African American
Gender: Male
Occupations: singer, actor
The King of Calypso Harry Belafonte was also an activist, songwriter, and actor. His most famous album is Calypso from 1956. His best known song is The Banana Boat Song with the lyric "day-o". Belafonte starred in Carmen Jones in 1954, Island of the Sun in 1957, and Odds Against Tomorrow in 1959. He was a confident of Martin Luther King Jr. He is a supporter of human rights and is a UNICEF Goodwill Ambassador. Belafonte has three Grammys, received the Grammy Lifetime Achievement Award, a Tony and an Emmy. Belafonte has the National Medal of Arts awarded in 1994. He appeared in Buck and the Preacher in 1972, Uptown Saturday Night in 1975 and White Man's Burden in 1995. He won a film critics award with his performance in Kansas City in 1996. Belafonte organized the Grammy Award song We are the World. Belafonte is also highly political.

Name: John Ernst Steinbeck
Birth Date: February 27, 1902
Death Date: December 28, 1968
Place of Birth: Salinas, California, US
Place of Death: New York, New York, US
Nationality: American
Gender: Male
Occupations: writer
Age at Death: 66
Cause of Death: Heart attack
An author of sixteen novels, non-fiction books (6) and five short story collections, John Steinbeck is famous for his novels The Grapes of Wrath in 1939, Of Mice and Men in 1937, and East of Eden. In 1962 Steinbeck received the Nobel Prize for Literature for his realistic writings. His first novel was Cup of Gold in 1929 and is based on the life of Privateer Henry Morgan. In 1933 The Red Pony that includes memories of his childhood was published. His first critical success was Tortilla Flats in 1935. The Grapes of Wrath won a Pulitzer Prize for Fiction in 1939 and has been adapted into film. In 1942 Steinbeck wrote The Moon is Down and during WWII served as a war correspondent for the New York Herald Tribune. After the War Steinbeck wrote Lifeboat in 1944 and A Medal for Benny in 1945. His last novel The Winter of Our Discontent in 1961 examines the moral decline in America.

Name: Liza Minnelli
Born: 12/03/1946
Birth Place: Los Angeles, California, US
The daughter of Judy Garland is a dancer, singer and actress. She received critical acclaim for her performances in The Sterile Cuckoo in 1969, Tell Me That You Love Me, Junie Moon in 1970 and Cabaret in 1972. She won an Oscar for her role in Cabaret. She starred in Arthur in 1981 and New York, New York. Broadway productions include Flora and the Red Menace, The Act and The Rink. She also performed at Carnegie Hall and Radio City Music Hall. Liza has won four Tony Awards, an Emmy and a Grammy Legend Award. Liza began her career as a nightclub singer and later recorded Liza! Liza! in 1964, It Amazes Me in 1965 and There Is a Time in 1966. Her latest performance is Arrested Development in 2013. Liza also serves on various charity boards: The institutes for the Achievement of Human Potential and The Foundation for AIDS Research.

Name: Michelangelo Antonioni
Birth Date: 1912
Place of Birth: Ferrara, Italy
Nationality: Italian
Gender: Male
Occupations: filmmaker, director
An Italian film director, editor, screenwriter and short story author, Michelangelo Antonioni is famous for his trilogy L'Avventua in 1960, La Notte in 1961 and L'Eclisse in 1962. He changed the traditional approaches to realism, drama and storytelling. Antonioni produced films of possibility. He won nominations and awards that include the Cannes Film Festival Jury Prize in 1960 and 1962, the Palme d'Or in 1966, and the Venice Film Festival Silver Lion in 1966. Antonioni is an honorary Academy Award winner (1995). His themes of social alienation were depicted in The Lady Without Camellias, in 1953, The Girlfriends in 1955, and The Outcry in 1957. He worked on Blowup in 1966, Swinging London and Zabriskie Point in 1970. He encouraged filmmakers to be experimental and Antonioni highly influenced art films.

Name: Sidney Poitier
Birth Date: 1924
Place of Birth: Miami, Florida, US
Nationality: American
Ethnicity: African American
Gender: Male
Occupations: actor
For his role in Lilies of the Field, Sidney Poitier won an Oscar. He had starring roles in Guess Who's Coming to Dinner, In the Heat of the Night, and To Sir, With Love. Sydney Poitier is known by the American Film Institute, as one of the utmost male stars. Poitier is also a director with A Piece of the Action, Uptown Saturday Night, Stir Crazy and Ghost Day. He was chosen in 2002 by the Academy of Motion Picture Arts and Sciences to receive an Honorary Award. Poitier is also the Bahamian ambassador to Japan. He received the Presidential Medal of Freedom in 2009. Poitier broke the stereotype of black film stars in his movies No Way Out and Blackboard Jungle. Poitier starred on stage and in film in A Raisin in the Sun. In 2008 he starred in Mr. Warmth: The Don Rickles Project.

Name: Victor Marie Hugo, Vicomte
Birth Date: February 26, 1802
Death Date: May 22, 1885
Place of Birth: Besancon, France
Place of Death: Paris, France
Nationality: French
Gender: Male
Occupations: writer, poet
One of the best known French writers, Victor Hugo wrote novels, dramas and poems. Hugo published Les Contemplatons and La Legende des siecles, volumes of poetry early on in his career. His most famous novels include Les Miserables in 1862 and The Hunchback of Notre-Dame in 1931. His fiction novel was The Last Day of a Condemned Man in 1829. His writing of The Hunchback of Notre-Dame in 1831 shamed Paris into restoring the neglected Cathedral of Notre Dame. His most famous novel Les Miserables took 17 years from writing to being published. He next wrote Toilers of the Sea published in 1866. His last novel Ninety-Three was published in 1874 and dealt with the Reign of Terror during the French Revolution. Hugo's drawing talent produced 4000 works. Once a hobby, drawing became important, his writing declined and he focused on his political career.