Palmistry, How to Learn and Understand Palm Reading

After delivering the instructions to Alexander the Great, upon which he used them to examine all of his personal guards, this is when palmistry started to become popularized. There are different schools of palmistry that sometimes offer conflicting information. Despite this, many people today still trust the art of palmistry to predict future events in their lives, and inform their personal perceptions of their own characters.

Because ancient cultures have been so invested in the study of palmistry for so long, naturally the rules of the art have been bent time and time again in order to be incorporated into different religions and communities. The core values still remain the same. Palmistry is the art of using the lines on a personвЂ™s hand to predict general things that will occur in their future, and to ascertain certain latent character traits that the person may or may not have been aware of. Heavily used by many different ancient cultures that took the results of palm reading very seriously, today only a select few trust fully in the integrity of palmistry.

There are different techniques that are used in palmistry in order to get a good reading. There are various primary and secondary lines that are stated to have a set meaning depending on the length and curvature of a personвЂ™s hand. This is traditional palmistry. However, other interpretations of this art exist, which incorporate readings involving traits such as fingernail length, skin pigmentation, hair on the knuckles, and even the wrists, and other markings such as moles or freckles.

Usually in what is considered traditional palmistry, the dominant hand is the one that is read. Because Aristotle was instrumental in the proliferation and understanding of palmistry, understandings of palm reading are mainly based on Greek mythology and gods. Each line on the hands or the fingers is representative of a certain Greek God. The elements that the Greek God represents correspond with the readings on character and future. For example, the line on the hand which represents Apollo is said to have interpretations and readings having to do with wealth and success. The line on the hand representative of Aphrodite would tell of the future of the person in regards to their personal appearance, beauty, and love life, because of the Greek GoddessвЂ™ association with all of these things.

There are major lines and minor lines on all hands that are considered by palmists. Due to genetic differences in humans, some lines simply do not appear on peopleвЂ™s hands, but there are three that are seen on almost all hands, and these are the ones that are given the most care by practicing palmists. These lines are the heart line, the head line, and the life line. The heart line represents emotional affairs. It has to do with the way that the subject handles certain emotions. The head line has to do with intellectual matters including how invested the subject is in gaining new knowledge. Finally, the life line, which is seen as the most important, has to do with the health and physical abilities of the person whose palm is being read. There are other minor lines which dictate the state of smaller matters, but for the most part, this is palmistry at its core. It is certainly not a perfect art, but it is one that has been studied and improved upon for centuries and had withstood the test of time. Get your palm read today, and take the first step into a rich and rewarding world. 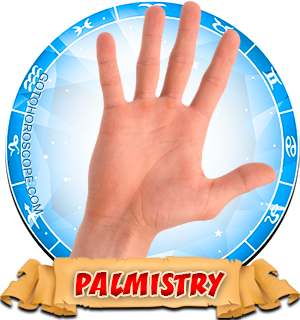 Palmistry and your Palm lines reading

What further is hidden in your Palm lines? How many children will you have? Will you marry soon or going to divorce? As Palmistry state in your palm lines buried many interesting facts that just wait until time to be revealed.