The meaning of the nine of wands is slightly different. The seven emphasizes the idea that with hard work, you should be able to attain the position that youвЂ™ve spent so long cultivating in life. The nine of wands puts forth the idea that you are in a completely unassailable position. Nothing that anyone can do will take you out of your good graces at whatever point of the tarot spread that you see The Nine of Wands card in. Now letвЂ™s talk about what this card would mean for each spread.

If the nine of wands were to be found in the area of the tarot spread that applied directly to your love life, it would mean that you reached such a point that you no longer had to worry about what your partner thought of you. In the beginning when you first begin dating, you may do some out of character things to impress your partner and to make them like you more. Seeing the nine of wands here would signify that you have finally reached such a point in his or her mind that you can hold off on trying to impress them. You no longer need to put forth so much effort in trying to impress them because they are already impressed. Good job!

If you see this in the area that deals with personal wealth, what this would imply is that you are very financially stable. A frivolous purchase on an entertainment product here or there will not ultimately break the bank for you. You know what you need and can get it when you want, but not necessarily any time. You still probably need to practice a bit of moderation, but going out and buying a new plasma screen TV wonвЂ™t necessarily put you in the poor house. You have taken great pains to get to this position of financial stability. Be proud of yourself.

Seeing this card in the business and career section of the tarot spread would mean that you have probably attained the highest position possible within your company. You have gotten in such good graces with the boss that you can rest easy knowing that nobody could have your position even if they wanted it. If not a promotion, then this might also apply to a pay increase. You may have reached the highest pay rank that you can possibly get to.

When seeing the nine of wands in the space that applies to your health, then this means you are in good standing physically. You are not invincible, but you have taken care of yourself well and the results will pay off in an increased energy and zeal for life. 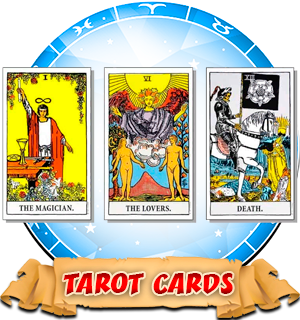 Fortune telling with Tarot cards is simple that even if you donвЂ™t have any paranormal talent you still may open a portal and peep at the mysteries of future events. For example to predict your fortune for a day you have to pick up just one Tarot card from a deck and then interpret its meaning.

Comments: The Nine of Wands