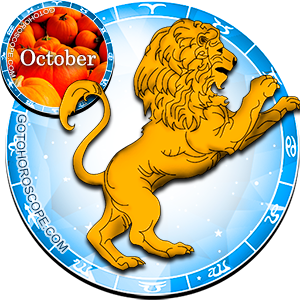 The House of Leo will receive a confident flow of positivity from the celestial bodies of the Solar System in October 2014, which is more than could be said about most zodiac Houses. This is mostly due to the Sun, the ruler of the sky, which is the planet-ruler for the truly solar sign Leo. In terms of astral projection in relation to the House of Leo, the Sun will have multiplied strength due to some general combinations, due to which the Leo will receive a powerful protective barrier practically impenetrable for negative and aggressive planets. Such planets include Uranus, responsible for the "expulsion" of Leo, and Mercury - responsible for his "fall. By the way, due to the special activity of some interstellar combinations, Uranus will change his emanations to much more positive ones, turning from a dangerous enemy to at least a neutral status. With that, Pluto - the planet-exalt of the House of Leo, responsible for the blossoming of his life forces, will dutifully fulfill his role of filling his earthly protege with certain flows of powerful active energy. As a result, the Leo should hardly await any trouble during the forecasted period.

Nevertheless, in terms of business and entrepreneurship, Leo should show caution in October 2014. Do not worry, all your plans will be precisely executed and on time, something your great celestial protector - the Sun will ensure. We are currently talking about your significant chances of receiving serious bonuses in October. Perhaps you will meet a new potential partner at some corporate party, who will propose a very interesting possibility of collaboration. Do not rush into agreeing, but do not dismiss the idea either. With some analysis you will see the evident benefits of such a development. Undoubtedly you will have to try hard, as per usual every party will try to pull the blanket more onto their own side. However, if your diplomatic talent will not let you down, then very soon you will be celebrating a new victory, which will largely determine further success of your enterprise. If you do not work for yourself and do not occupy any important positions, then that does not mean that luck will pass you by. On the opposite, it will be even more favourable to you and you will not even have to use any of your special talents. You can buy a lottery ticket. Who knows...

In terms of the love front, however, you will not have to rely on luck. Everything that will occur will be either the fruit of your previous actions or will be predicted by you. Some special foresight will be your defining characteristic during this period. You will know the outcomes of various events ahead of time. In the end, towards the middle of the second ten-day period many will resort to you for advice. Here you can decide yourself, how global of issues do you want to contribute to. You will undoubtedly be guided only by the most positive of notions, but always be fully accountable to yourself about what will happen if you make a mistake. Even the most perfect mechanisms break down at times. In terms of your relationships with close ones, do not get angry, have a light attitude about various accidental offences and always forgive those around you their ignorance. This will be simpler and more correct. You will not develop conflicts out of nothing and will recommend yourself as a very wise and conscious person. These are very good things to be known for, especially among family. Just do not get prideful about your special position, or else all your accomplishments will soon dissipate.