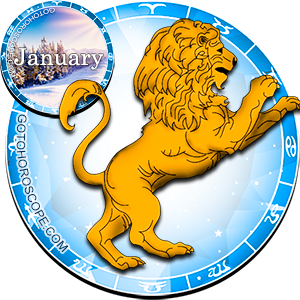 In January of 216, Leos, one of the most dynamic signs of the European zodiac world, will be able to realize their full potential, regardless of their own desires. The Sun and Mercury will play a key role in the lives of the representatives of this zodiac sign. The unchallenged ruler of the celestial sphere traditionally plays the role of a ruler-planet of this sign, which means that the dynamics of its influence will be exceptional. Mercury's usual position is responsible for the fall of Leo, but now, on the contrary, it will dramatically change the modality of its emanations and create a pretty non-standard situation in business and career spheres. In general, we are talking about an exceptionally spectacular and bright stage of life, which will be characterized by the advancement of Leos in all areas of life. Keep this vital point in mind: Leos will need to "work tooth and nail", because now their every action will always be a reason for the occurrence of a number of amazing events. Taking into account the specifics of the current astronomical combinations, it should be noted that this statement will mostly apply to the sphere of work and finances.

Thus, the sphere of entrepreneurship and business in January of 2016 for the zodiac sign Leo will be a real testing ground. However, it won't be nuclear; the dynamics, though, will clearly be equally exceptional. In the current period, you can take on as much as you want. Don't question your abilities; you will be able to accurately and duly complete two, three, five or ten projects. Clearly identify your target and move to it, no matter what. People in your working environment will be surprised by how much you're able to accomplish, and this is a key feature of this period. Subsequently, the pace of your work will go down a little, but not because you'll start working less; it will be preconditioned by a set of external reasons, including those related to the position of the stars. But there's no way to explain this to your boss! It is highly probable that in the upcoming months people will keep expecting from you the same results you show in January. That's a dilemma, isn't it? On one hand, you are capable of accomplishing many things now, but at the same time you have to limit yourself in order to avoid problems in the future. You'll need to find a fine balance between your capacity and the imperfection of the world. Of course, it will be much easier for those who are self-employed, because they have to report to no one.

As far as personal relationships are concerned, this time the situation will develop in a non-standard way. Therefore it is actually very difficult to predict what will happen to Leos in January of 2016. The celestial objects of the solar system will find themselves in a quite unusual combination; that's a fact. So, in any case, you'll have to adjust to the situation. In this area, it is unlikely that you will come across the similar dynamics we saw in the area of work. However, the intensity of vital energy flows is bound to happen. In other words, sex will get better, relaxation more rejuvenating, and problems will be minor. This is a good time for going somewhere on vacation; unforgettable experiences are guaranteed. It also makes sense to pay more attention to your significant other and your family hearth as a whole. This will instantly help to solve arising dilemmas and maintain harmony with all of your household members. If need be, try playing the role of Judge Dredd; fair, but uncompromising. Just don't doubt your abilities; it's your time, so act without regard to the envious opinions of others.