Pisces, you may find August 2019 to be a month of big lessons and intense emotions. You are likely to spend a lot of it examining yourself and those around you as everyone is in high energy moods. You will probably develop a lot of opinions about those around this month, as you will find they are being tested in many ways. You will be as well, but it's likely you won't always realize it.
The start of August will likely be intense and active, and you are likely to feel easily exhausted by social situations, even things as simple as phone calls, as everyone will be much more amped up than usual.
As August continues, you will feel things settle down. You feel calmer in general, and will feel that those around you are also mellowing out. You will enjoy focusing on projects more, and find organizing things around you help you feel better.

Work will be hard to concentrate on during the first couple of weeks of August. It's likely you will feel more inclined to spend time with coworkers than focus on work. It's a good idea to try to get the bare minimum done, if not more, as not doing so could have consequences later. It's a good idea to avoid gossip and drama in the workplace, as it's likely you think you'll be helping people, but you may make things worse, Pisces, as you will have an idea of how everyone is feeling and try to communicate all of that at once. Sometimes it's best to just let them figure it out for themselves. Plus, emotions will be running high, and people will not want to feel vulnerable right now, especially at work.
As August continues, you are likely to find that you are able to get to work and keep up the pace for the rest of the month. It's likely you won't be alone in this, and everyone will work harder together and make everything feel a lot easier. There will be a harmony that emerges from this and you will very much enjoy this feeling. It is likely that some of your best work will come out of this time. You will find work conversations to be a little tiresome and will have no problem leaving the socializing alone. You will probably take on some stress from this time, as you will be working with a focus that you're not accustomed to, and it's okay to take breaks and give yourself some time to adjust to this feeling.

Socially, as August begins, you will be surrounded by an energy that's been building around you. It's likely to peak at this point. You may feel a bit buzzed by it, especially as everyone around you is, largely, quite happy and excited right now. It's important to keep your own feelings in check, but otherwise, it's okay to ride along with these feelings. Being around people that are feeling down may be harder to stick around than usual, and you may adopt their attitude, so be wary of this.
As August continues, you will feel everyone around you seem to settle down and get serious. You are likely to follow suit, though you may still feel a little jostled. This will be a good time to focus on projects you may have neglected previously and to turn some of your healing energy on yourself. You will be likely to wrap yourself up in this feeling and keep, largely, to yourself, which is a good instinct to go with, except that you should remain in contact with those closest to you during this time.

Your inner self as the beginning of August will find things very intense. You are likely to reflect others emotions on the outside, but inside you will feel overwhelmed and unable to relax. It's a good idea to take some time to yourself and not be too concerned about the people around in terms of how they're feeling and how you can fix it, as it's not the time to attempt to do so. You have your own feelings you need to face, and using other people to distract yourself will only work for so long before it begins to eat at you, and reflect on you physically, like through an illness.
As August continues, you will feel more at peace with yourself, and able to take some time to adjust with your surroundings. It's likely there will have been some big changes immediately around you during August and you will now be able to fully accept everything. You will be at a more centered place, and now you'll be able to help people who need it, but only if they come to you. It's still a good idea to keep yourself from getting too involved in situations you weren't invited into.
Overall, August will be rather intense and have a lot of ups and downs. It will feel like a lot happens at once, and you will likely not realize everything that was accomplished around you until after August is over. 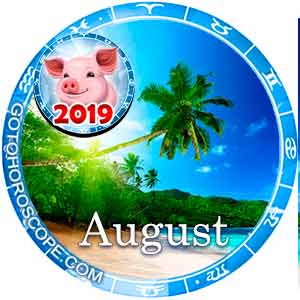