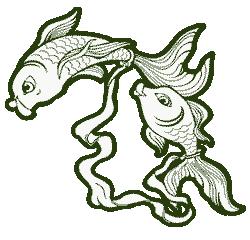 Though 2021 had quite a few not-so-pleasant moments, the Universe decided to gift us with a relatively easy-going December.

The month is characterized by a Venus and Pluto conjunction in Capricorn. This transit is happening in your 11th house, intensifying the fervour of platonic relationships. You can expect to feel somewhat needy of your friend's attention, so be mindful not to be too clingy. It's important to realize where that need is coming from to see if you're not using friendships and group outings as an escape route to your problems. Pluto deals with subconscious fears, and in the 11th house, the fear of missing out is likely to be part of this transit's experience.

The New Moon and Solar Eclipse this month will be happening in your 10th house while closely conjunct with Mercury. This is quite the auspicious transit to have in the place of the career and public life. It's time to be receptive and gather the glorious blessings from Jupiter —since he's the ruler of this Moon. This is a transit of shared goals and new connections in your career life. With Mercury also having a say in this new cycle coming up, a mutual exchange of knowledge and techniques to advance one's path is bound to be a part of this month. You can also expect bonuses in the form of a raise or increased authority in your field. One thing to be careful with, though, is the need to impress. Mercury in Sagittarius tends to use his intellect to seem more authoritative than needed sometimes. Know what you know, but refrain from being braggadocious about it.

Further down the month, Mars will be square Jupiter. This will be happening between your 9th and 12th house.

Since Jupiter has been transiting through your 12th house for most of the year, there's a chance you experienced an overt impetus toward spirituality or secrecy. Though both these topics may seem unrelated at first, both deals with unseen things and therefore have somewhat of a sneaky nature to them. With Mars adding a square to this situation can bring a sense of moral superiority that may or may not be problematic. If you're faced with people who try to obscure your beliefs, this can be an excellent transit to assert your own views. However, if you're the one shutting people down, you'll have to pay close attention to how you're communicating with other people. Remember that everybody is entitled to their own truth, and allowing people to live their own in no way affects yours. Since we mentioned the sneaky aspect of the 12th house's influence on this transit, gossiping should be avoided to the best of your abilities.

A few days after the square, Mars will be moving into your 10th house in Sagittarius. The red planet will make his presence known in conjunction with the Moon's South Node, Ketu, as soon as it arrives in the sign. This conjunction will be felt in your career and public life. When Mars is in Sagittarius, he gets an urge to share his ideas with the world. This will bring enthusiasm and a drive to start new projects. However, when any planets are conjunct with Ketu, they tend to have their power diminished. This could manifest in the form of your plans not being met with immediate excitement at first. This could point to a need to postpone plans for a little while. With the knowledge that this transit is only temporary, refrain from letting that discourage you.

Now it wouldn't be 2021 without a Saturn-Uranus square.

These series of squares have been happening in your 12th and 3rd house. There's a chance that these have gotten you feeling antagonized by others, often due to small misunderstandings being blown out of proportion. The good news is that the most challenging bit of this Saturn cycle is done. Now would be the time to revisit some of these themes and attempt to express your true intentions in a way that's clear to everybody. Patience will be necessary to thread these waters but keep in mind that you're on the right track towards strengthening your identity. These few nuisances are only here to help you show the world who you are with no filter.

The Full Moon of the month happens in your 4th house. These energies will help you harmonize any and all dissonance within your home and family. This is quite the excellent lunation for the holiday season, as they often host familial disagreements and drama. This is not to say that the Full Moon will vanquish all family drama (though it would be nice). Still, Gemini will allow for opposites to coexist and come together to strengthen relationships and general comfortability. This Moon urges you to listen more and suspend your disbelief until you really understand the other. When you give yourself the time to digest what others say, what you bring to the conversation after will become much more valuable and insightful.

Finally, the year ends on quite a fantastic note as the long-awaited Jupiter ingress into Pisces happens in your 1st house. This transit is supposed to bring expansion and prosperity to whatever area of your life it shows in. The 1st house is all about you and who you are, so there couldn't be a luckier spot for this transit to happen. The good thing is that this transit lasts for almost all of 2022, and it will bring great opportunities for self-mastery, expansion and recognition.