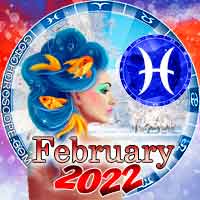 Pisces, ever since Jupiter entered your own sign, you've gotten significant exemption from most of the drama of the world. With the planet of good luck transiting through your house of self, it really can't get better than this. Even with the double Venus and Mercury retrograde of last month, you somehow still managed to navigate it flawlessly. With that being said, you likely noticed that your friends might not have been able to say the same, so you had to play the role of motivator throughout the previous month. Don't put down your therapist hat just yet, however. Even though Mercury is stationing direct on the 3rd, ending its retrograde cycle, and Venus is slowly but surely picking up pace, there's still quite a lot of action happening in your 11th house of friends, where all these planets are currently transiting through.

However, the Mercury station is quite a positive sign that things are progressing. It might've felt like your motivational speeches and caring stance weren't enough to lift your friends up until this point. At times it might've even felt like they were not listening at all. Now with Mercury moving like it should again, listening and understanding are skills that will definitely see some improvement. That way, you won't feel like you're talking to a wall anymore. The 11th house also is the place of social media, and for those of you who might've been caught up in other people's internet drama, know that with Mercury moving forward, that will be the end of that chapter.

On that same day, the Sun and Saturn will also be conjunct in your 12th house. This transit can be strange, to say the least. The 12th place is where Saturn feels the most comfortable doing its job. Though, Saturn's job is usually related to sadness and mental health issues. This transit could likely trigger harrowing old memories that are illuminated by the Sun's presence in there. It can be challenging to navigate through this, especially when the external world seems to be flowing so well. With that said, your motto here should be "feel it, to heal it." Don't be afraid to dive deep into these challenging emotions since the Sun can be an excellent ally in this process. This is the house of hidden things, after all. It's where we shove all our subconscious negativity and loathing, but with the Sun illuminating those areas, you will gain the clarity to see how they're there in the first place. This is especially true for those who are born during the day and are 23, 35, 47, and 59. This transit can be a little tougher if you were born at night, so be gentle, and don't be afraid to talk to someone you trust. Again, these areas are being elucidated so you can finally get rid of the weight they bear.

Backtracking to the theme of friends, on the 15th, Mars and Venus will also conjoin and will continue to do so all the way throughout the rest of the month. This transit is also further intensified as we get closer to the end of the month, and both planets join Pluto on a triple conjunction. This transit could point to friends separating or bickering. If you were born during the night, this would most likely be passing, but for the diurnal Pisces, you may be asked to pick sides. Something about this transit feels unstable and immature, so don't be afraid of removing yourself from the situation and telling your friends that you have nothing to do with their drama. Pisces are famous for trying to unite everybody, but you have to remember that it's not your job to be the mom of the group.

The day after Mars and Venus' initial conjunction, we have the Full Moon of the month happening in your 6th house of labour and health. This likely speaks directly to the Saturn and Sun conjunction that happens early in the month as Saturn opposes this lunation. If you've been looking for a therapist or just someone to talk to about past traumas, this transit can be excellent for releasing these emotions. The Moon is closely tied to our emotional body, and when she's full, so are we. A question to meditate upon is: What am I fed up with?

Moving along, the month ends on a Mercury and Uranus square happening in your 3rd and 12th house. Considering the month's context and the link between the 12th house and mental health, you may suddenly get a surge of ideas on how to turn these negative energies into something creative that helps others. You may even work with a sibling or a friend who feels like one on a creative project. The 3rd house is also the place of publications, and some of you may even be releasing a book about your experiences or even just a blog post. Self-expression is at the core of this transit. With that said, February 2022 is the month that closes a significant chapter in your life.