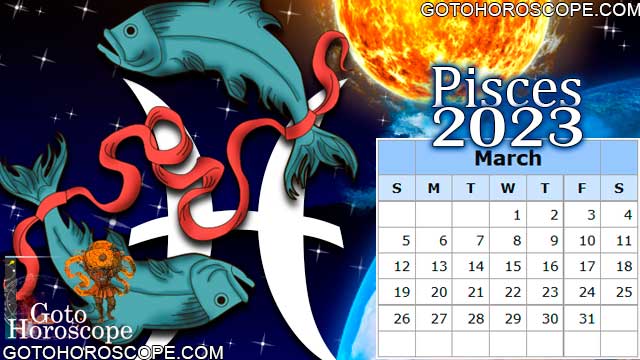 Representatives of the zodiac sign of Pisces in March 2023 will be able to relax a little. The stars will decide that it's time to come to grips with their fate and will throw you one lucky chance after another. If Pisces already has any plans for this month, then you can work according to the program. However, you need to be prepared for the fact that it will be constantly adjusted in accordance with changing circumstances. In March 2023, Pisces can improvise. Everything that intuition will suggest to you will turn out to be correct and timely. The stars will see to it. Only consistency is required from your sign's representatives themselves. There is no need to do several things at the same time or try to switch from one to another. Only the queue will be the optimal solution. And do not be afraid that the Pisces will not have time for something. In March 2023, everything will be realized in a timely manner—the first stage, then the second, and so on. If something does not lead at all to the result that the calculation was made for, then the stars will try to correct and direct it. Pisces will later understand for themselves that everything turned out right for them in March and exactly as it should.

As for interpersonal relationships, Pisces should moderate their willingness to help everyone a little. This is fraught with the jealousy of friends who will decide that Pisces is looking for some kind of benefit or hedging. As a result, instead of showing sincerity, representatives of your sign will begin to justify themselves, make attempts to correct the situation, and at the end will remain completely alone. In general, in March 2023, it will be difficult for Pisces to understand what motivates people, and there is no need to count on their help in this matter. You will have to get out of the situation yourself.