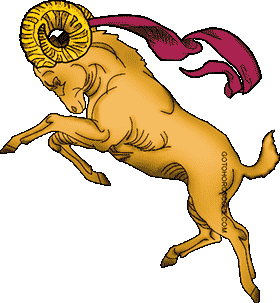 🌟If you give a decent presentation, you can make a compelling case for your actions in the next couple of weeks. So, go the extra mile to have the relevant facts at hand before opening your mouth. The full moon raises the emotional temperature, in addition to shedding light on the benefits and drawbacks of career or partnership arrangement. Once the dust settles, you may face some complex choices about what is best for you.🌟

🔭 This week's Planetary Aspects for Aries

Weekly horoscope for Aries is not a master key for all the locks - this is something to keep in mind if you are trying to make your plans in accordance with the current events. At the same time, neglecting this unique opportunity can have, well, not catastrophic, but rather unpleasant consequences which could be avoided. This is why the weekly horoscope for Aries is both so valuable and trivial at the same time. Yes, trivial, since no one will build the future for Aries. At the same time, stars are ready to guarantee their support to those who not only listen to their celestial whisper, but follow their instructions. So, why say no to such opportunity?

Aries is a fiery sign -both when it comes to the element and temperament. This means that the representatives of this zodiac house often face the issues that are impossible to overcome on a fly, even though this is exactly how they - the Rams - are used to solving problems. By the way, such approach is worthwhile. But sometimes - and quite often, should we say - situations arise a combination of your powerful intellect, unrestrainable determination and iron will are not at all your trump card. Sometimes the information on the upcoming events, no matter how general it might be, can give you invaluable advantage over your competitors and detractors. This is when stars come for a rescue. An ancient teaching, a mysterious art that in the course of tens of thousands of years of human history finally developed into modern astrology is a mighty weapon in your fight against the world's injustice.

You should agree: life teaches us that Michael Bulgakov was somewhat rushed when he said: "Everything will be all right. This is what our world rests on". It may very well be that our world was originally conceived as "the right one", but nowadays we can observe completely different laws and patters around us. We can't choose not to live by these rules, but we can choose to act in accordance with the upcoming events. In order to do that, you do not have to consult a sage or pay really big money for the information that you can't even be sure in. A weekly horoscope for Aries is a free and effective way to avoid dangers - the way that has been tried by time and hundreds of thousands of grateful Rams. Everyone is free to choose their own destiny, but it would be the bathos of stupidity and ignorance to push away a helping hand.