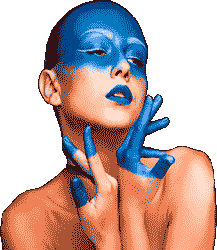 Name: Devadip Carlos Santana
Birthday: July 20, 1947
Birth sign: *Cancer
Place of birth: Autlan De Navarro, Mexico
Nationality: USA
Father: Jose Santana
Mother: Josefina Barragan
Raised in: Mexico > Tijuana > San Francisco
Profession: Musician
A Mexican/American musician and his band Santana fused rock and Latin American music together. His melodic blues guitar plus timbales and congas was new to rock music. In 2003 Santana was listed at #20 on the list of 100 Greatest Guitarists of All Time. He has 10 Grammies and three Latin Grammies to his name. Woodstock in 1969 introduced the band, Santana, to an international audience, three album releases and the hits Everybody's Everything and No One to Depend On. Santana recorded Spirits Dancing in the Flesh in 1990, Milagro in 1992 and Sacred Fire in 1993. His sales were low so he began touring. He continued to play and tour during the mid-2000s and released Possibilities in 2005. In 2012 Santana released Shape Shifter, opened a chain of upscale Mexican restaurants and his songs Oye Como Va, Smoother and Black Magic Woman are offered as guitar-learning software.

Name: Gaius Julius Caesar
Birth Date: July 12, 100 B.C.
Death Date: March 15, 44 B.C.
Place of Birth: Rome
Place of Death: Rome
Nationality: Roman
Gender: Male
Occupations: general, politician
Writer of Latin prose, statesman, Consul, and Roman general, Caesar was prominent in the demise of the Roman Republic and the rise of the Roman Empire. He formed political alliances and is known to have conquered Gaul and invaded Britain. He had unmatched military power and was triumphant in the civil war of 49 BC. He became the unequaled leader of Rome. His government included governmental and social reforms and the formation of the Julian calendar. Julius Caesar was assassinated by a rival group of senators on March 15, 44 BC and new civil wars broke out. The constitutional government of the Republic was never restored. Julius Caesar is hailed as one of the supreme military commanders in history.

Name: Louis Daniel Armstrong
Birth Date: July 4, 1900
Death Date: July 6, 1971
Place of Birth: New Orleans, Louisiana, United States
Place of Death: New York, New York, United States
Nationality: American
Ethnicity: African American
Gender: Male
Occupations: musician, singer
Age at Death: 69
Cause of Death: Heart attack
An introductory influence in jazz, Louis Armstrong was a highly creative trumpet and cornet player. His gravelly voice is instantly recognizable and he was a great improviser. He is one of the best scat singers (using sounds and syllables in place of lyrics). By the end of the 1960s Armstrong was recognized as a huge influence on popular music. His music was first and his race second; he supported desegregation but rarely publicly embraced his race. During the late 1940s Armstrong made hundreds of recordings and appeared in thirty films. He was on the cover of Time Magazine in 1949. His best-selling record, Hello, Dolly was recorded in 1964. Armstrong toured extensively and was sponsored by the U.S. State Department to visit Africa, Europe and Asia. Louis Armstrong continued playing his trumpet until the day he died.

Name: Marc Chagall
Birth Date: July 7, 1887
Death Date: 1985
Place of Birth: Vitebsk, Russia
Nationality: Russian
Gender: Male
Occupations: painter, artist
Age at Death: 97
Creating his works in every artistic medium, Chagall was known as the quintessential Jewish artist. He worked in painting, book illustrations, stained glass, ceramic, tapestries and fine art. Chagall produced windows for the Reims and Metz cathedrals, windows for the UN and Jerusalem Windows in Israel. He painted part of the ceiling of the Paris Opera. He learned from modernism's gold age in Paris and moved to Surrealism with the influence of Cubism, Symbolism and Fauvism. Chagall illustrated the Bible in Palestine in 1931 and immersed himself in the prophecies, disasters, and lives of the Jews. Chagall has been celebrated as a pioneer of modern art who illustrated the terror and thrill of the twentieth century. He received the Grand-Croix de la Legion d'honneur n 1977 and the Yakir Yerushalayim award.

Name: Meryl Streep
Birth Name: Mary Louise Streep
Height: 5' 6"
Nationality: American
Birth Date: June 22, 1949
Birth Place: Summit, New Jersey, USA
Profession: actress
Regarded as the greatest living actress, Meryl Streep has excelled in theatre, film and television. Her stage debut was in The Playboy of Seville in 1971 and her television movie debut was The Deadliest Season in 1977. Streep received an Academy Award for Kramer vs Kramer in 1979. Streep identifies 18 Academy Award nominations in her 35 years of work. She has 28 Golden Globe nominations, won eight, and earned the Emmy and Screen Actors Guild Awards two times. Meryl is the recipient of five New York Film Critics Circle awards. Steep won the Academy Award for Sophie's Choice in 1982 and The Iron Lady in 2011. She is a Commander of the Order of Arts and Letters (France) and achieved the National Medal of Arts. In 2013 Streep was nominated for an Academy Award for August: Osage County and can be seen in the film Suffragette out in 2014-15.

Name: Nelson Mandela
Born: 18/07/1918
Birth Place: South Africa
Current Age: 86
President of South Africa from 1994 to 1999, philanthropist, politician and anti-apartheid revolutionary, Mandela was the first elected chief executive in a democratic election. He dismantled apartheid and worked to relieve South Africa of racism, poverty and inequality. He was imprisoned for 27 years for conspiracy to overthrow the government. Released in 1990, Mandela was elected to office where he established multiracial elections, publish his autobiography, and invited other political parties to join his cabinet. He promoted a new constitution and created the Truth and Reconciliation Commission to investigate human rights abuses. He encouraged land reform and expanded health care services. Mandela and de Klerk received the Nobel Peace Prize in 1993, presented the US Presidential Medal of Freedom and appointed to the Order of Canada. He received the Lenin Peace Prize and the Order of St. John (Britain).

Name: Pearl Sydenstricker Buck
Birth Date: June 26, 1892
Death Date: 1973
Place of Birth: Hillsboro, West Virginia, US
Nationality: American
Occupations: novelist, writer
Age at Death: 80
Cause of Death: Cancer
A daughter of missionaries, Buck spend most of her early life in China. The Good Earth portrays China and won her the Pulitzer Prize in 1932. She was awarded the Nobel Prize in Literature for her epic description of life in China and her non-fiction masterpieces. She wrote about Asian cultures and was known for her efforts on mixed race adoption. Buck wrote biographies of her parents Fighting Angel and The Exile and she was committed to writing about Asian cultures, immigration, missionary work, women rights and war. She founded Welcome House, Inc., an interracial adoption organization. Buck established the Opportunity Center and Orphanage in South Korea, Vietnam, The Philippines and Thailand. Pearl S. Buck is also the author of The Hidden Flower in 1952, Come, My Beloved in 1953, Satan Never Sleeps in 1962, and The Rainbow in 1974. Her book, The Eternal Wonder was published in 2013.

Birth Date: 7/21/1951
Profession: actor, comedian
Nationality: American
Birthplace Chicago, Illinois, USA
Height 5' 8"
Current Age: 53
One of America's most loved stand-up comedians and actors, Robin Williams received his fame with Mork & Mindy a TV series. He established a career in stand-up comedy and film acting in Good Morning, Vietnam in 1987, Dead Poets Society in 1989, Awakenings in 1990 and The Fisher King in 1991. He also can be seen in Mrs. Doubtfire in 1993, Jumanji in 1995, Night at the Museum in 2006, and The Birdcage in 1996. He has won an Oscar for Good Will Hunting and Emmy Awards, Golden Globes, Screen Actors Guild Awards and Grammy Awards. He works with the Windfall Foundation to raise money for different charities. Williams has performed with the USO for troops stationed in Afghanistan and Iraq.

Name: Tom Hanks
Born: 09/07/1956
Birth Place: Concord, California
Hanks is famous for starring in A League of Their Own, Big, Sleepless in Seattle, Forrest Gump, Apollo 13, Saving Private Ryan and the Green Mile. He was also the star in The Da Vinci Code as well as Captain Phillips. He has won a Golden Glove plus an Oscar for Philadelphia, an Oscar, Screen Actors Guild Award and People's Choice Award for Forrest Gump. He worked with Steven Spielberg on Catch Me If You Can and the Terminal. He directed Band of Brothers in 2001 and was a producer for The Pacific. Hanks is a member of the National Space Society and serves on the Board of Governors of the space advocacy organization. He co-wrote Magnificent Desolation: Walking on the Moon 3D has received The Douglas S. Morrow Public Outreach Award. Asteroid 12818 TomHanks is his celestial body.