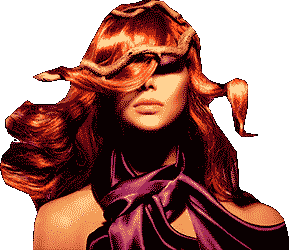 Name: Carl Gustav Jung
Birth Date: July 26, 1875
Death Date: June 26, 1961
Place of Birth: Kesswil, Switzerland
Place of Death: Kusnacht, Switzerland
Nationality: Swiss
Occupations: psychologist, psychiatrist
The founder of analytical psychology, Jung developed the notions of extraversion and introversion, archetypes and the collective unconscious. Jung believed the human psyche was religious and religion was the focus of his studies. He developed dream analysis. He explored Eastern and Western philosophy, astrology, alchemy and sociology, literature and the arts. Many believed he was a mystic and he did influence the New Age movement. Jung put forth the theory that people are individuals by means of active imagination, dreams and free association. He published Psychology and Alchemy in 1944. He believed spirituality was a cure for alcoholism and indirectly established Alcoholics Anonymous. Jung believed in the importance of individual rights in relation to society and the state. He wrote Flying Saucers: A Modern Myth of Thing Seen in the Skies in 1959 and Answers to Job before he passed away.

Name: Amelia Mary Earhart
Variant Name: Amelia Mary Earhart Putnam
Birth Date: July 24, 1897
Death Date: 1937
Nationality: American
Gender: Female
Occupations: pilot, women's rights activist
Amelia was the first female to fly solo across the Atlantic Ocean and her exploits made her an American aviation pioneer. She received the US Distinguished Flying Cross and wrote books about her flying experiences. She formed The Ninety-Nines an organization for female pilots. She was a member of the Purdue University aviation department in 1935 and counseled women on careers in aviation. Amelia was a supporter of the Equal Rights Amendment. Amelia flew solo from Honolulu to Oakland, California, Los Angeles to Mexico City, and Mexico City to New York. She participated in air racing and placed fifth in the 1935 Bendix Trophy Race. She set seven women's speed and distance records. Her final flight was from Lae to Howard Island. Theories on the disappearance of Earhart range from cash and sink theories to crash landing on Gardner Island to execution by Japanese troops on Saipan Island.

Name: Fidel Castro Ruz
Birth Date: August 13, 1926
Place of Birth: Biran, Oriente Province, Cuba
Nationality: Cuban
Occupations: revolutionary, prime minister
Prime Minister of Cuba from 1959 to 1976 and president from 1976 to 2008, Castro is a communist revolutionary who turned Cuba into a one-party socialist state, nationalized industry and business, and instigated social reforms in all areas of Cuban society. He participated in rebellions against governments in the Dominican Republic and Columbia and planned the overthrow of Fulgencio Batista. Castro formed allegiance with communist Russia and set off world criticism by allowing Russian to place nuclear weapons on Cuban soil; an action later foiled. He is a divisive world figure and his supporters claim Castro is an environmentalism and humanist. The world views Castrol as a dictator who abuses human rights and impoverished the Cuba's economy.

Name: Gene Kelly
Birth Date: August 23, 1912
Death Date: February 2, 1996
Place of Birth: Pittsburgh, Pennsylvania, US
Place of Death: Beverly Hills, California, US
Nationality: American
Occupations: dancer, actor, choreographer
Age at Death: 83
Cause of Death: Stroke
Known for his athletic dancing style, his looks and charisma, Kelly danced, acted, sang, directed and produced movies and choreographed dance segments. He is most famous for his roles in Anchors Aweigh in 1945, An American in Paris in 1951 and Singin' in the Rain in 1952. His dance style was dominate in Hollywood until the musical/dance venue fizzled out. He made ballet is musicals agreeable to audiences. He won an Academy Honorary Award in 1952 for achievements and received lifetime awards from the Kennedy Center in 1982, the Screen Actors Guild and American Film Institute in 1999. He is listed as number 15 on the American Film Institute's Greatest Male Stars of All Time list.

Name: Kevin Spacey
Born: 26/07/1959
Birth Place: South Orange, New Jersey, USA
Spacey is a producer, director, screenwriter and actor. He started is stage career in the 1980s and then was cast in film and television productions. He is famous for acting in The Usual Suspects (Academy Award winner), American Beauty in 1999 (Academy Award Winner), Seven, L.A. Confidential, Pay it Forward, K-PAX and Superman Returns. He co-directed and produced plus starred in Beyond the Sea in 2004. He is reputed for his impressions of Jams Stewart, Johnny Carson, Katharine Hepburn and Clint Eastwood. He works with Shakespeare Schools Festival. He was the administrator of The Old Vic from 2003 until 2013 and in 2009 directed Complicit. He is the recipient of a Doctor of Letters from London South Bank University and an honorary CBE for services to drama.

Best known as Joey Tribiani on the sitcom Friends, LeBlanc has won an Emmy three times for his part on Friends. LeBlanc has acted in Ed in 1996, Lost in Space in 1998, Charlie's Angels in 2000 and 2003, and All the Queen's Men in 2001. In 2012 LeBlanc appeared in the series Top Gear where he races in the Kia Cee'd. He appeared in Web Therapy in 2013 and plays himself in Episodes, a British television series made for American Audiences. He won a 2012 Golden Globe for his part in this series. LeBlanc can be seen in Lovesick in 2014 where he plays Charlie Darby.

Name: Natalie Wood
Born: 20/07/1938
Birth Place: San Francisco, USA
Died: 29/11/1981
Age at Death: 43
Cause of Death: Drowning
Splendor in the Grass, Rebel Without a Cause, West Side Story and Miracle on 34th Street are movies that brought fame to Natalie Wood. Natalie was a child and young adult star and received three Oscar nominations. Her career moved on after a two year hiatus with Bob Carol & Ted & Alice in 1969. Natalie was the star of the television remake of From Here to Eternity in 1979. She won a Golden Globe Award for this role. Natalie received critical acclaim for her part in Splendor in the Grass. Other great movies for Natalie Wood were Inside Daisy Clover in 1965 and This Property is Condemned in 1966. When Natalie died she was filming Brainstorm (1983). She appeared in 56 films during her career and has a star on the Hollywood Walk of Fame.

Name: Robert Burns
Birth Date: January 25, 1759
Death Date: July 21, 1796
Place of Birth: Alloway, Ayrshire, Scotland
Place of Death: Dumfries, Scotland
Nationality: Scottish
Occupations: poet
The National poet of Scotland or The Bard was a poet and lyricist. Burns is one of the best known poets in the world and is the pioneer of the Romantic Movement. Burns' influence is strong on Scottish writings and in 2009 he was nominated as the greatest Scot by the Scottish public. Robert Burns collected folk songs from Scotland and adapted them to poetry. The poem Auld Lang Syne is still sung on New Year's Eve and other well-known poems include Ae Fond Kiss, A Red, Red Rose, To a Mouse, To a Louis, A Man's a Man for A' That, and Tam O'Shanter. His poetry is spontaneous, sincere and moves from tenderness to satire.

Name: Robert Mitchum
Born: 06/08/1917
Birth Place: Connecticut, USA
Died: 01/07/1997
Age at Death: 79
Cause of Death: Cancer
List as Number 23 on the American Film Institute's list of the greatest male screen legends of all time, Mitchum is reputed as the beginning actor for the anti-heroes. Mitchum appeared in 1954's River of No Return and The Night of the Hunter in 1955. Not as a Stranger in 1955 was a box office hit. He produced Bandido in 1956 and went on to star in Heaven Knows, Mr. Allison that was nominated for two Academy Awards. He starred in The Enemy Below in 1956. Films that Mitchum starred in during the 1960s are The Grass is Greener, Cape Fear, The Longest Day and Anzio. He stared with Shirley MacLaine in What a Way to Go and in the western El Dorado. His last film was Pakten in 1995

Name: Robert Redford
Variant Name: Charles Robert Redford, Jr.
Birth Date: August 18, 1937
Place of Birth: Santa Monica, California, United States
Nationality: American
Occupations: actor, director, producer
Current Age: 67
Founder of the Sundance Film Festival, Robert Redford is a film director, producer, actor, environmentalist, and philanthropist. He received two Oscars for directing and one for Lifetime Achievements through 2002. Recognized films for Redford include The Chase in 1966, Barefoot in the Park in 1967, and The Electric Horseman in 1979. He was The Sundance Kid in Butch Cassidy and the Sundance Kid in 1969. The biggest hit of his career was The Sting in 1973 and he was also acclaimed in All the President's Men in 1976. Other known films include The Natural in 1984 and Out of Africa in 1985. He directed Ordinary People, The Milagro Beanfield War in 1987, and A River Runs Through It in 1992. He starred in and directed The Horse Whisperer in 1998 and in 2014 he has a role in Captain American: The Winter Soldier.