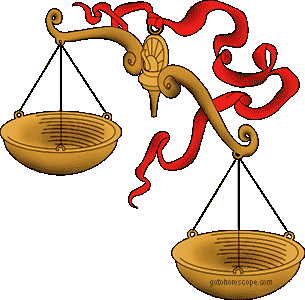 🌟Although you have a reputation for thinking on your feet, you're known for your tenacity, too. If you are compelled to deal from that deck today, make sure your position is an infallibly sound one.🌟

❤ You may find yourself in a position where you have to make some tough calls with regard to love at this time. Weigh your options carefully, and then stick with your decision. ❤

💰 You may be tempted to over spend right now. Just make sure you're willing to put in the time tomorrow earning back the money you spend today. 💰

People born specifically on the 30th of June are believed to be ambitious high achievers and as determined in their stance as...

Void of Course Moon in ♋

For Libra on June 30, 2022 Void of Course Moon will happen in your 4th House of Family, Home, Roots and Security. Libra should expect that any action taken during this period in the Family and Home sphere will come to the end with no result.

The semi-sextile is an aspect that puts two planets at odds. They have difficulty working together because, in a metaphorical sense, they cannot see each other. To put it simply, the ego may have some challenges expressing itself and/or understanding its own thoughts and emotions.
This aspect is the makes for indecisiveness in one's love life. The Moon's changeability makes for picky people and situations that require refinement and finesse. Developing a solid idea of what your wants and needs are is necessary.
This quincunx makes for natives that may have issues with fatherly figures in their lives. Learning to respect authoritative statistics could be a massive task in their lifetimes. Ironically, they may be authoritative themselves.
The Moon and Neptune trine is the aspect of the mad-artist. Creativity seeps out of these people, even in more mechanical fields like math and physics. Natives with this aspect in their chart need to be always creating something new. Another characteristic that often comes with this aspect is the magnetism these people seem to have towards esoteric arts and alternate mental states. They can be prone to hyper-realistic dreams, visions, and auditory illusions— some of them may even feel psychic. Exploring this connection with other worlds may become a significant aspect of the way they navigate life.
A Moon and Mars square is the most challenging aspect between these two planets. This is an aspect of power struggles and uncertainty. Native's with this aspect in their chart may underestimate themselves and overestimate others, which in turn causes a tremendous imaginary barrier that needs to be overcome. Thinking that these "stats" are permanent can be detrimental to these people as it can discourage them from trying to better themselves.
A Moon and Pluto opposition is the aspect of magnetism towards trouble. The natives often like the thrill that can come with recklessness and disastrous situations. They may say they don't like drama, but the quest for it is always on their to-do list. To balance this challenging aspect, one must learn to find different ways of exploring this need for adrenaline. Extreme sports, horror movies and gory videogames are just a few of the healthier alternatives that can help these people get their adrenaline fix without putting themselves at risk.
Changes come suddenly and unexpectedly, but often to the native's advantage. During this period your alert mind and unique imagination are always seeking new ways of self-expression. You are enterprising, scientific, intuitive, ambitious, and have quick emotional responses. You are able to let go of the past and instinctively take advantage of new opportunities with an original response. On the other hand, you too easily are encouraged to emote in an erratic and unconventional manner. This may give you personal gratifications, but you are less likely to lead to constructive utilization of unique insights that you feel but may not wholly believe.
When the Moon in the Leo you lean to be skeptical and changeable toward the very area that must sustain your sense of security—namely, creative efforts to extend your ego, childish things, certain risks and gambles, entertainment, and romanticizing. Domestic life during this time is often lively as the home becomes a stage.

Tomorrow's horoscope for Libra located slightly above is simply necessary for everyone who wants to succeed. We do not want to imply, however, that a man is absolutely helpless without it. Many of you by using your impressive intellect and diehard determination only can conquer such heights that 90% of human race could not even dream of! But why not use help when it is being offered? Moreover, no one will do things for you - your destiny is still in your hands and your hands only. But by using the information you receive you will be able to make a much better use of both your time and resources. If you need to safely navigate through the water obstacle, for example, and you are given a chart showing where the shallow water is, does it really make sense to say no to it? Especially if no one asks for anything in return. Horoscope if hardly a chart since it is not that precise. It can, however, with surprising accuracy, predict many patterns and possible scenarios which is already enough for you to gain significant advantage over your competition.

It goes without saying that tomorrow's horoscope for Libra goes way beyond the spheres of business and entrepreneurship. Such prediction method as horoscope and its applications are practically limitless. No, wait, they are limited.by how much an Internet page can hold! This is why our experts try to "squeeze" as much truly useful information as possible into a fairly short text. And, surely, there are no empty words here. Otherwise, horoscope would lose its effectiveness and automatically become an absolutely meaningless and useless bunch of letters. But we are not our reputation's own enemies. This is first. Second, we are no enemies to our visitors, either, who after having read some - pardon the expression - delirium will later say that our horoscopes are lies and have nothing to do with reality. Thus, you can fully rely on the information provided here. We are not a one-day site; neither are we a single page undertaking. We take responsibility for what we have to say and who sticks by our words. That's why tomorrow's horoscope for Libra is a well-planned construction filled with the most important information on the Scales' current life events. That is by using the tomorrow's horoscope for Libra which you can find on our site, you can always be sure in how objective and relevant the information is.