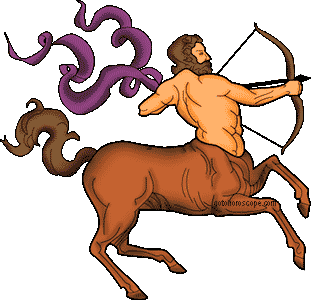 🌟As before, information may come winging in from left field on the topics of health, personal, or work-related affairs. And, as before, it is recommended to add a liberal dose of salt before drawing conclusions.🌟

❤ You may find yourself getting unnecessarily peeved at a close friend or loved one today. Step back from the anger and try to see things as they really are. You'll be glad you did. ❤

💰 Your popularity is going up like a skyrocket right now, thanks in large part to the fact you're willing to help others on a project when they truly need you. 💰

For Sagittarius 4 is vibrating number for today August 13, 2022.

People born specifically on the 13th of August are believed to be ambitious high achievers and as determined in their stance as...

A Moon and Uranus quintile make for people who want to challenge the status quo with their creations. They may embody the contrarian energies of Uranus and, in turn, make creations that are often disconcerting to the average public.
Reconciling the need for expansion and the need for variety can be a challenge that comes up with this aspect. Overindulgence may become an escape route for those who have issues facing their emotions head-on.
A Moon semisquare Pluto may present natives with a need to work through minor traumatic experiences that may have been left unchecked. This aspect underestimates the pain that might've been caused as a result of these events.
The Moon and Mars quintile is the aspect of the martial artist. These people are naturally attracted to extreme and even violent sports and can become great athletes if they invest their time in these practices. If they fail to use this strength constructively, they can become restless and even violent.
A Moon and Mercury opposition can be quite confusing to navigate. Mental fog and detachment from reality are two significant themes that can come up with this aspect. Still, this opposition also brings some balance into the two planet's dynamic. The aspect may make it hard for one to listen to their own thoughts, but that also allows for a better understanding of the outer world, the other and the mysteries of life that lie beyond the ego.
A Moon semi-sextile Chiron makes natives that wait for their knight in shining armour to come to save them. They often feel incapable of helping themselves and can become very frustrated when people seem to not want to do their healing work for them. Learning to harness your own power is necessary.
A Moon sesquiquadrate Venus can cause somebody to have an overall disinterest in romance and material possessions. Still, this may be due to a mentality of lack that needs to be worked around. A sentence that illustrates this aspect would be: "Fine, I didn't want it anyways."
The Moon and Uranus sextile is an aspect that packs in a lot of personalities. These people like to make a statement with how they present themselves to the world, often resorting to counter-culture aesthetics to achieve that goal. Eccentricity seems to be pouring out of them, which makes them quite fun to be around. Unless you question their identity or aesthetic, they're usually easy to get along with as they're down for pretty much anything new and exciting.

Famous Birthdays and August 13, 2022 in History

1960 USSR draws adviseors out of China

1988 Ronald J Dossenbach sets world record for pedaling across Canada from Vancouver, BC to Halifax, NS in 13 days, 15 hr, 4 min

It is amazing how dependent we are on the circumstances. Most of the times we simply don't think about it and sometimes we don't even notice it. However, it is the circumstances made up from the least noticeable events of our lives - events that to the larger degree do not directly depend on us - that form the world we live in. Surely, we might very well be the main creators or destroyers of this world. But, when faced with the power of all the circumstances, we are helpless. However, on the other hand, if one cannot make a river flow in a different direction, one can certainly change its channel. Or have a dam built and dozens of ecosystems destroyed while having dozens of new ones created. One should only know where and how to create a new channel and build a dam in order to maximize an effect.

If we turn to engineers for help in developing technologic constructions, who will we turn to if we need help to figure out the patters of the events around us? The answer is obvious - astrologists. And the tomorrow's horoscope for Sagittarius which you can see here is a sure proof of this statement. Just don't be misled when it comes to horoscopes' omnipotence. It is not only that horoscopes are not omnipotent, but they could even be powerless if a person is simply not willing. That is if you don't believe in yourself and don't feel like changing a thing from the fear of making things worse, neither Mars nor Venus will ever be able to help you. This is an immutable fact.

At the same time, tomorrow's horoscope for Sagittarius will prove to be a wonderful help for you if you know exactly what you want and how to get it. No one will fight your battles for you, but at times it is simply impossible to overcome obstacles alone. This is exactly the purpose of astrological predictions - they help us crush the barriers. Or make our way around them. Or perhaps even outsmart them. In any case, tomorrow's horoscope for Sagittarius can become a true guiding thread for the Archers - the guiding light that will help them avoid not all, but at least the most dangerous obstacles and traps. So, we only win when we turn to stars for help. At the same time, stars themselves do not ask anything in return: they hardly need a thing from people. It must be noted, though, that even our ancestors noticed that stars were much more willing to help honest, loyal and open people when compared to scoundrels and hypocrites. This may very well be one of the universe's main laws - the law of fairness.