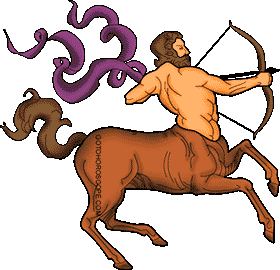 🌟 This week will indicate the effectiveness of the course chosen by Sagittarius. Even if you have to adjust some processes, this will not affect your success. A joyful mood will favorably affect relationships with loved ones. The horoscope leaves hope that one of them will assist in resolving your issues or surprise you with a pleasant surprise. In the middle of the week, Sagittarians who do not have a soulmate may have a significant meeting. Closer to the weekend, be attentive to your diet. There is a risk that stale foods or an unsuccessful culinary experiment will cause stomach upset. 🌟

🔭 This week's Planetary Aspects for Sagittarius

January 23, 2023 - Sun in your 3rd House of Communication conjunction Mercury

January 25, 2023 - Mercury in your 3rd House of Communication semi-sextile Mars

January 25, 2023 - Sun in your 3rd House of Communication semi-sextile Jupiter

January 26, 2023 - Sun in your 3rd House of Communication semi-square Neptune

January 26, 2023 - Mercury in your 2nd House of Self-Worth and Money trine True Node

January 28, 2023 - Sun in your 3rd House of Communication sextile Chiron

January 28, 2023 - Mercury in your 2nd House of Self-Worth and Money conjunction Pluto

1982 US Gen Dozier freed from Red Brigade of Padua Italy

Thank you for your services and hope you can fix this problem.

Let's make things clear right away. Weekly horoscope for Sagittarius does not reveal the future to you. It only shows you some of its aspects which, according to your patron planets, should be paid attention to. So, all of the sceptics out there can stop their never-ending attempts to refute the astrology's effectiveness. By the way, astrology - based on unofficial, but when you think about it, quite objective statistical data - is a science that saved more lives than any other known science discipline did. Having hard time believing it? Then the very least you could do is read through the history text book for Grade 9, for example, and all your doubts will disappear.

You don't have to be Einstein to understand that a weekly horoscope for Sagittarius is a real chance for the Archers to not only take a look at their life through the prism of the planetary astromagnetism. A horoscope, especially a weekly one, is a way to have all your life indicators improved - from your health to your career. It goes without saying, it would be silly of you to expect Mars, for instance, to suddenly give you a new - more prestigious and more high paying - job position. No one will do anything for you - this is the fact. Help, on the other hand, is a different story. You know, in this sense astrology is very similar to the ancient Slavs' beliefs. After all, our distant ancestors never prayed to gods - they knew how meaningless it was. Instead, they praised them. They knew that gods helped the worthy only. And worthy people according to our ancestors are the ones who are determined, know exactly what they want from life and do everything possible to realize their plans.

So do stars. They help only those who know where they are heading, but want to be sure that one of their steps is not going to be fatal. A weekly horoscope for Sagittarius is composed on the basis of key astral combinations of our solar system's celestial bodies as well as the nearest stellar constellations. This allows for maximum factors impacting your life to be taken into consideration. As a result, we wind up with a well-balanced system transformed into the user-friendliest version - a set of instructions and warnings. By making use of this set, you will always have a clear vision of what your actions may result in. Stars do not point to concrete events - no way! They only steer your thinking process in the right direction.