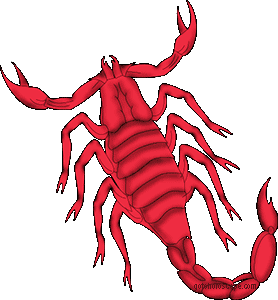 🌟Today should be quite a day to convert desires into realities. Mercury, the planet of imagination, will support ingenious Uranus, and frankly, anybody who knows their way around a racing form should put their money on you.🌟

❤ Your success in both love and life tends to draw others to you at this time. Remember to use your charm and affability to its best advantage when it comes to the opposite sex. ❤

💰 There may be a situation at work now that needs your attention. Don't hesitate to pass on your help and advice wherever it is asked for. 💰

People born specifically on the 30th of January are believed to be ambitious high achievers and as determined in their stance as...

Natives with this aspect in their chart have to pay attention to their routine. They can be easily dissuaded to neglect their responsibilities in exchange for immediate emotional gratification.
The Moon and Neptune sextile is the aspect of the poet. They may not necessarily be writers, but the way they tend to both live and see life is rather romantic. These are the people who usually feel like everything in life has a purpose, and they're quite happy to go with the flow. Especially if the aspect is highlighted in the chart, these individuals have an easier time dealing with trauma since they see the silver lining in everything.
This is aspect pushes the charts that have it to adventurous situations. It makes people who enjoy the outdoors and a little bit of recklessness. A lack of self-control may be present, but it also enables the person to be unashamedly themselves.
When the Moon and Mercury conjoin intuition, symbols and nonverbal communication become clear as day. There's a great sense of speed and exploration to this aspect. Though emotional awareness is a give with this aspect, both the fastest planets in astrology can create significant mood swings, making the duo somewhat unreliable. In short, this aspect is excellent for diving deep into the subconscious, but only as long as one feels the impetus to do so.
A Moon and Pluto conjunction is an aspect that leaves an imprint in the way a person expresses themselves. These people are often dark and brooding at first sight but have a gentle demeanor once all the barriers they've created to protect themselves from external harm are uncovered. Individuals with this aspect in their chart also may deal with difficult experiences involving power and control. This can often make them overly cautious and distrustful.

Famous Birthdays and January 30, 2023 in History

1647 King Charles I handed over to English parliament

I used to love this site's reading and looked forward returning to this site, but now I am confused...:'( It's sad...!

You must agree that life is too complicated to constantly rely on ourselves and ourselves only. However, most of us, when it goes down to it, refer to standard notions only - like family and friendship. And this does make sense since without the former and the latter life gets not only harder, but pretty much loses its meaning. But this is beside the point. When talking about assistance, people often forget about astrology - this great gift from our distant ancestors. Tomorrow's horoscope for Scorpio which you can find here is a clear proof that sometimes it does make sense to listen to what stars have to say.

Tomorrow's horoscope for Scorpio can be really helpful to each representative of this zodiac house. Sure, if you want to know every little detail about the next day, you need to consult.charlatans! Even starts will not be able to tell you everything with an absolute precision. When working on a personal horoscope, it is possible to fine-tune it by considering a person's date of birth, name and a number of other factors. However, first, things like that are not done for free. Second, a thinking person will find the information in the horoscope sufficient enough to be able to adjust the plans in accordance with the most significant emanations of our solar system celestial bodies. It could be that more complex analytical horoscopes are required under exceptional conditions, but they are hardly necessary in case of making a plan for a regular working day. Even the ancient knew that brilliance was simple. So why complicate things?

Tomorrow's horoscope for Scorpio that you see here is a sort of a mock for the things to come which can be quite likely to happen to you tomorrow depending on certain things that you do/don't do. This must be quite enough for you to be able to fine-tune the plans you made prior to reading a horoscope and take into consideration some factors - the most important and relevant ones - in order to adjust your plans. It is important for you to understand that stars alone are not going to lead you through the darkness of the universe towards the desired light of truth. They can only suggest when you should ride out the storm and when you should speed up your pace to avoid trouble. The rest is driven by only your own wishes and your own will.