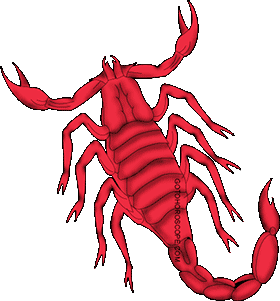 🌟 Scorpios may appear to have lost interest in other people at the start of this week. Perhaps this is true, but you should not worry. After a while, you will regain your popularity again. The horoscope indicates that during this period Scorpio can get an answer to an important question. If it turns out not to be what you expected, everything can be corrected if you make an effort. In the second half of the week, personal life will come first. The situation in the family can escalate slightly, which is not at all a reason for a quarrel. More calmness and attention to the partner—this will help prevent misunderstandings. On the weekend, it will be useful to start something that you have been putting off all this time, perhaps self-education or reading literature that interests you. 🌟

🔭 This week's Planetary Aspects for Scorpio

February 4, 2023 - Mars in your 3rd House of Communication sextile Jupiter

It is amazing how the least significant events of our life - seemingly invisible nuances - can alter our environment in a blink of an eye. We all have been through that, haven't we? The only thing that involuntarily comes to mind is a legendary butterfly effect. Even though it would have been better if something different - objectively beneficial in an everyday life - had come to mind. An astrological forecast, i.e. horoscope, for instance.

Weekly horoscope for Scorpio is nothing supernatural derived as a result of selling your soul to devil or something similar to that. Neither is it a freestyle scribbling by a half-crazed wizard who imagines himself a connoisseur of fundamental postulates of the universe. This is hardly it.

A weekly horoscope for Scorpio, similar to any other astrological forecast, is a result of a well-planned and prompt activity by the experts who used to be referred to in no other way but flamens. Today we call them astrologers, i.e. "studiers of stars". Not to confuse with astronomers who are "namers of stars"! So, today, astrologers do not excite awe as their medieval ancestors used to. Today astrology is a complex of methods that had been worked on in the greatest detail by way more than one generation of experts. Thus, in our days, we have much more effective ways of reading the stars compared to those of our ancestors; after all, it is not only their experience that we possess; what we have is much more extensive knowledge as well as much more advanced technologies. So, those of you who think that ancient wise men used to have some super secret knowledge that is out of our reach today are hugely mistaken. Based on the old methods, but with the application of modern technological inventions we reached such heights that would make the wisest of our ancestors' jaw drop. We do not mean any disrespect, though.

That's why the weekly horoscope for Scorpio you can see here is truly effective. It prevents you from getting lost in the maze of the concrete jungles and in the informational hypercube of the Internet vast spaces. A horoscope is a cheat note on your hand that you get to use in a timely manner. This cheat note can help you pass the most important test - the test on your life. Of course, this is not the determining factor, but an exceptionally important and thoroughly positive one. Thus, it would be wrong to ignore it.