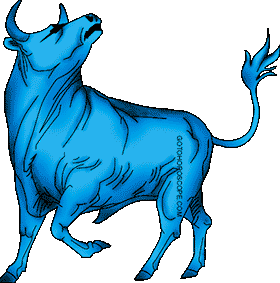 🌟 This week's astrological picture leaves Taurus a chance to benefit where others see only trouble. During this period, any business aimed at short-term success will go well. You don't have to run away from communication. During one of the conversations, light may be shed on ongoing events or an interesting offer will be received. In personal relationships, not everything is so clear. If you want to ask a loved one a question that concerns you, choose the words that affect the consciousness of your partner in the right way. A clear motivation for success and self-confidence is exactly what will help Taurus move on with success. The end of this week is conducive to the beginning of the diet and other wellness activities. 🌟

🔭 This week's Planetary Aspects for Taurus

January 30, 2023 - Sun in your 10th House of Career, Responsibility and Reputation square Uranus

January 30, 2023 - Sun in your 10th House of Career, Responsibility and Reputation semi-sextile Venus

February 4, 2023 - Sun in your 10th House of Career, Responsibility and Reputation conjunction Saturn

1504 By treaty of Lyons, French cede Naples to Ferdinand of Aragon

1860 Thomas Clemson takes office as 1st US superintendent of agriculture

1995 Zimbabwe's 1st Test Cricket victory, over Pakistan by an inning

Let's use this free and powerful way to give each other a step up in this testy life.

Weekly horoscope for Taurus is not something extraordinary that can empower you to have a full control over your life. After all, astrology has been around for thousands of years and we have grown accustomed to viewing it as a natural way of preventing dangerous situations and solving the most difficult of problems. However, a certain period of our history can be rightfully referred to as the oblivion time for the sacred art that astrology is, but.enough of the sad talk!

A note must be taken that a weekly horoscope for Taurus can help all Bulls solve many outstanding issues no matter how complicated they might be. After all, stars are there not only for the purposes of warming distant unexplored worlds similar to ours. Each star is an energy cogwheel in the single astromagnetic clockwork that our vast universe is. Each star, not to mention every planet, is a natural generator of astral impulses which are beyond our control. We can, however, take them into account and this means we can change our future.

Taurus is a powerful sign of a terrain trigon whose patron, Venus, is one of the most influential (from the energy stand point) celestial bodies in the solar system. This means that it is simply a contraindication for the Bulls to ignore the astrological signs; after all, high up there- beyond the blue vault - they've got the allies that can help them win any battle. A weekly horoscope for Taurus is not only a bunch of some printed words; these words contain a powerful weapon capable of changing your life path. A weekly horoscope is a personal guide through the maze of astral energies. Master all of its secrets and you will be able to conquer the mountains you never thought possible and discover the mysteries that you otherwise would never be even able to recognize. After all, every event in our life, every detail of our environment - even the most insignificant one -can one day snowball into the most large-scale event in our life or life of people around us. The important thing is that by realizing this fact and understanding the patters of astral connections between our actions and the planets which in one way or another do impact our life, we are able to design the future which circumstances will not be able to control.