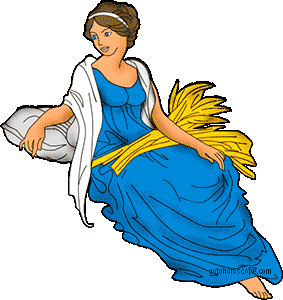 🌟If you're contending with a persistent issue, approach it optimistically. Conditions are ripe for being imaginative in your dealings and the situation will benefit greatly from a change of style or strategy.🌟

❤ You set your goals high, especially when it comes to love, but it's going to take a lot of hard work to build the relationship you know you deserve. Romance this evening! ❤

💰 This is a good time to join a work group in which you might meet other, like minded individuals. New business friendships could be in the offing. 💰

People born specifically on the 27th of June are believed to be ambitious high achievers and as determined in their stance as...

When the Moon and Mercury conjoin intuition, symbols and nonverbal communication become clear as day. There's a great sense of speed and exploration to this aspect. Though emotional awareness is a give with this aspect, both the fastest planets in astrology can create significant mood swings, making the duo somewhat unreliable. In short, this aspect is excellent for diving deep into the subconscious, but only as long as one feels the impetus to do so.
Natives with a Moon and Chiron sextile often mature early in life. This could be the byproduct of unfortunate situations. Still, these people are old souls who are familiar with the suffering that can come from living a carnal life. For that reason, natives with this aspect may often have many friends older than them as they feel out of place with people their age. Whenever they do happen to build significant relationships with people in their generation, they tend to become a role-model for their peers.
A life full of dramatic changes is almost guaranteed in a chart with these two highly changeable planets forming a semi-sextile. Finding the time to adjust in between these drastic moments can be difficult, but not impossible.
This is the aspect of the emotional businessman. There's a lot of potential for financial success —especially if the Moon is waxing in the chart. But this is a skill that may be unknown to the native. Exercising self-discipline and positive affirmations can be crucial in making the positivity that comes with this aspect come to fruition.
Even though the trine is an aspect of harmony, since Saturn and the Moon are natural opposites, bringing that harmony to fruition comes with hard work. Conveniently, this is just what this aspect represents. Natives with this aspect in their chart are aware of their limitations and are not afraid to work towards fixing them—even if it's a lifetime effort. They understand that to be truly fulfilled, you must be ready to work both internally and externally.
Given that the Moon and Mars are not the best of friends, the sextile between them aims to forcefully make these two planets meet somewhere in the middle. Natives with a prominent Moon and Mars sextile take care of the people they love through very aggressive measures. They may not be for everybody, but those who appreciate their stern way of showing affection reap the benefits of having a friend who always pushes them to do their best.
A Moon and Neptune square is the aspect of escapism and discomfort when it comes to being grounded to reality. These people can suffer from addictions, laziness and sometimes even depression. This can be quite a challenging aspect to navigate, but it's also often due to these natives having too high expectations of themselves and others. That being said, these people are, of course, not doomed to deal with the negativity shrouding this aspect forever. Using these high expectations and developing skills that will help bring these dreams to fruition can make them visionaries and even renowned leaders in their field.

espesially older monky.
i must fight for my liberty.

if you more concentrate on above,you can grab more near the truth.

Tomorrow's horoscope for Virgo will be a brief but exceptionally useful guide through the Virgins' labyrinths of life. It doesn't seem smart to even start denying the benefits of this future-telling method. After all, even the great ancient philosopher and scientist Pythagoras noted that astrology along with mathematics was a forerunner of all the sciences. It is obvious that a couple thousand years ago things were slightly different, to put it mildly. However, just like now the sun used to rise in the east and set in the west. The moon still used to influence all the tides as well as the psychics of the mentally unstable. Nothing has changes in this regard since then and this means that the fundamental postulates that earned astrology an honorary spot in people's minds have stayed unchanged. What does this tell us? It tells us that the methods that were used by Pythagoras himself thousands of years ago are still relevant today. The only difference is that, unlike Pythagoras, we have such technologies at our disposal that let us take into account not only the movements of five nearest planets while working on a horoscope. We ask many other celestial bodies for help - the stars that our ancestors simply could not see, thus couldn't know about their existence.

Therefore, tomorrow's horoscope for Virgo in essence is a product of synthesizing an idea - as old as the word itself - with newest technologies. Should we even mention that as a result we end up with a perfect weapon capable of instantly destroying the curtain of mystery hiding the future from us? That's it! The tomorrow's horoscope for Virgo really is a wonderful way to plan future events by considering quite plausible scenarios of their development. This is what makes stars different from people: they are unbiased and don't lie. If not stars, who else can we fully trust?! Thus, there is no room for any scepticism or other silliness here. What there is room for, however, is an educated management of your resources. No horoscope will be able to tell you everything from A to Z and in between. No horoscope will be able to give you a precise minute-by-minute description of tomorrow. Horoscope is the most generalized plan for a certain spatiotemporal interval. At the same time, however, this plan is quite tangible for you to be able to base your real suppositions on. The result will be just around the corner. Anyone who has ever turned to a horoscope will know all about its benefits.