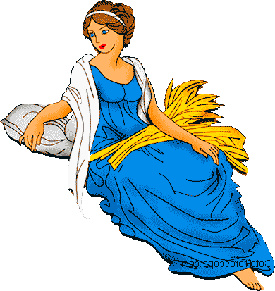 🌟The Sun arrives in Libra, highlighting your long-term goals and the organizations you deal with. During the next month, fine-tune your master plan, even if it means severing ties that no longer serve you. Yup, you’re entitled to walk around shaking your head and muttering under your breath. This week’s full moon may have set your near and dear to howling. Still, they mean well.🌟

🔭 This week's Planetary Aspects for Virgo

September 20, 2021 - Venus in your 3rd House of Communication quincunx Chiron

September 20, 2021 - Mercury in your 2nd House of Self-Worth and Money trine Jupiter

September 21, 2021 - Sun in your 1st House of Self-Image sesquiquadrate Uranus

September 22, 2021 - Mercury in your 2nd House of Self-Worth and Money square Pluto

September 23, 2021 - Venus in your 3rd House of Communication opposition Uranus

September 25, 2021 - Mars in your 2nd House of Self-Worth and Money trine Saturn

1966 Jimmy Hendrix changes spelling of his name to Jimi

1915 Xavier University, 1st Black Catholic College in US, opens in NO LA

1993 1st Israeli killed by Islamics after PLO signs peace accord

Tom 2016-09-23 03:31:02
+8
Aquarius ppl use ppl I hate them deeply. they just stupid ppl. who think only fo themselves.
DeShawn 2015-08-24 11:28:36
+1
Message from Sam
I am a virgo man and the woman with whom I fell in love is an aquarian. I know it's the worst combination to fall into for a virgo. The only reason I can still keep her loving for 5 years on, is my intuition. Yes, she is the one and yet I fell in love, just because my heart said so. Others kept trying, but my heart never nodded, eyes never starred, mind never wandered.
She is in no way beautiful, can't match to my perfectionism. manners &amp; unorganized,
I can't trust her at all, she can't care for me, she is unsympathetic towards my emotions. Basically she is killing me and I am killing her. Yet, yet she can't even leave me, and I can't even leave her. We tried many times. But even the thoughts makes us afraid of hurting each other.
She knows she wont get a better lover, husband, friend, than a virgo man.
And I know I wont get any other woman, as hard as her to take care of, and thats what I want from her. To let me take care of her.
But she also knows, that a virgo man will never stop helping others and taking care of all his loved ones, which can also end up giving less time to her.
Virgo men are a perfectly complicated lot. Leave them for a virgo to understand ;)

I can understand bro been with my girl for 5 years and it seems like its fading more and more. So all I can say is take care of you and all the rest will come some people just dont care of other emotions. Which I really began to see being with the aquarius after her will not date another one again maybe just for play thats it they play too many games. If you are feeling she is doing something our intuition is a very strong feeling so follow it. We cant continue to be hurt.
Loren 2015-06-21 21:00:18
-10
Will the domestic violence case that was made up

The current page of our website has a weekly horoscope for Virgo posted on it. It is not hard to guess that if the horoscope is weekly, it gets updated every week. This means you will be able to find new and useful information here on a weekly basis. After all, it is not a secret any more that it is astrological forecasts that are one of the most effective means on your road to success.

Think for yourself. If you are born in the sign of Virgo, you have absolutely everything to become successful and fully realize your potential. However, without taking into account the energy emanations of the solar system's planets your road to a cherished dream may be intertwined with many difficult situations - this is when you would really benefit from having a loyal and knowledgeable ally on your side. Mercury - your exaltation planet - may very well be such an ally for you. Without additional help, you won't have a single idea what Mercury's current position is and which benefits can be extracted from it. The weekly horoscope for Virgo you can see above will solve this dilemma brilliantly. It will show you where your focus should be and when you can safely proceed ahead without thinking twice about it. Thus, in a situation like this a horoscope is not a prediction for the future, but a sort of a guide/manual which doesn't modify any of your goals or life positions, but simply shows you the fastest and safest way to where you want to arrive.

In other words, a weekly horoscope for Virgo, apart from clearly being a predicting or should we say indicating tool, also has a number of constructive peculiarities which all boil down to this: a horoscope can help you identify the source of current problems in a faster and more precise way. Stars will not take your competitors down, but will tell you when they are the most vulnerable and supply you with life energy you need. Many esotericians believe that this is one of the main functions of the stars - to help people. This may sound child-like or seem like a fairy-tale, but given the fact that astrology was recognized as a full-fledged science 10 years ago, it is silly to deny the fact that there is a grain of truth in this statement. And it will be even sillier not to take advantage of the chances that astrology gives each and every one of us.