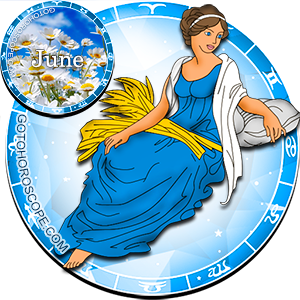 June 2013 will bring some very strong and favorable emotions for the Virgo sign. Unfortunately, this time period will not pass by without some negativity. Quite often, the representatives of this sign will find themselves facing problems, which they will not be able to overcome all by themselves. However, not everything is as bad as it seems, as the stars never leave anyone without support. Especially for Virgo, who will receive Mercury's influence, which at the same time is exalted in Virgo, and is its celestial ruler. During June 2013, Mercury will also become the "celestial leader" of the Earth trine. The aspect of entrepreneurship, for Virgo, will become a true Eldorado in this month; intact and ready to throw untold riches at the feet of its master at any point of time. Thus, Virgos should have no worries when it comes to the business aspect of their lives, however they should still take into consideration some factors. On the other hand, Mars will splash some negative influence towards this sign, which will be fully supported by Venus, which is responsible for the "fall" of Virgo. You should expect the strongest waves of negative energy towards the middle of the month (during New Moon), and also the end of the month (during Full Moon).

Coming back to the area of business, it is necessary to point out that June 2013 will be a very unique time for Virgos in regards to possibility and perspectives. Right now a great possibility exists that even your enemies, while thinking about your and their own company, will decide to offer you the opportunity to collaborate together, which may result in great prosperity for your company. Don't be afraid to make changes, especially if the initiative comes from people whom you don't trust much. Carefully study the situation, and make sure that everything will come out just right regardless of what path you take. Nobody is trying to deceive you; Mercury will simply not allow it. On the contrary, the patron of trade will fully support all of your endeavors, and will focus your thoughts in such direction that will turn out to be the best and most profitable for you. If you are not the employer, but you are simply a subordinate, don't refuse your superiors' suggestions. And trust me; you will get plenty of those. Work overtime if needed, and after several days your will gets such results, of which you have never dreamed.

A lesser positive period is expected in Virgo's love life throughout June 2013. Usually Venus, who has an extremely negative influence on the Virgo sign, will find itself a replacement planet which will contribute to the maintenance of the stability of your relationship with your "other half". However, during this month, this convenient combination will not take place. Plus, the always fierce Mars, will start showing its bad side. As a result, arguments and fights in your home will not cease throughout the whole month. The harmony may possibly come back only towards the end of the month; however, without putting your best effort you shouldn't expect any favorable solutions to your problems. Gather all of your force and focus all of your attention to the situation and try to stay objective. The atmosphere in your home will only depend on your personal actions. Try to settle problems as calmly as possible, and thus don't blame anyone, even if someone is clearly wrong. Pay attention to these moment, and then massive fights will just pass you by.