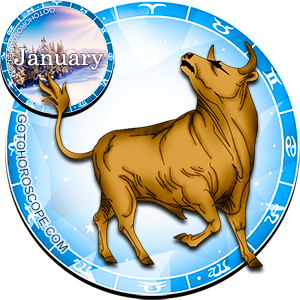 Due to the current position of the celestial bodies in the solar system in January 2014, the sign of Taurus is guaranteed to receive its share of positivity. I must say that this is not a small share of positivity. The thing is, the Sun - planet-exalt of Taurus, will be significantly enhanced by some common combinations, resulting in solar positivity being strong enough to control all spheres of the Taurus' life. In addition, Pluto - the one in charge of the "expulsion" of Taurus, will act as the celestial leader of this sign in January, so there is a high likelihood that the negativity of this planet will be replaced by uniquely positive energy. In this case, Pluto is likely to focus its positive emanations on business. Venus, the celestial ruler of Taurus, will cover the "love life". As a result, all of the flanks of this sign are protected. However, this does not guarantee with one hundred percent certainty a positive outcome of all events. The probability of success is high, but not certain. The reason for this is Saturn, the one in charge of the "fall" of Taurus. In January, he will be greatly enhanced by some of the current combinations.

Therefore, in terms of business, January 2014 may become quite an important life stage for a Taurus. At a minimum, the positions of the Sun and Pluto are hinting precisely at this. Therefore, it is necessary to take into account all mistakes of the past, become more active and give out your maximum efficiency. Yes, yes, indeed, do not even start taking success for granted! This certainly happens, but as an exception, and generally luck favours those who are prepared. So do not disappoint your celestial patrons and work from the heart. Then they will certainly help and the result that you will achieve by the end of the second ten-day period will force your enemies to explode with jealousy. Just pay attention to the date of January 16, plus or minus two days. At this time, the Moon will enter the phase of the full moon and can bring you many unwanted things. All of these things will definitely be short-lived but highly negative. So get ready for them. Gather your focus, cancel important business meetings for a time, and postpone the signing of important contracts. This way you will reduce your risk to a minimum and survive this very short difficult period with relative ease.

In the area of personal relationships, the influence of Saturn will most likely be much more noticeable than usual, though Venus is also much more powerful in this respect than Pluto is. Therefore, in general, the picture is the same as in the business sphere. Now you will need the most proactive of actions, which when applied to the right spot and properly executed, can lead you to your significant other. The real significant other, not an illusionary one. That is the first thing to remember. The second one is that you are quite capable of finding your happiness expressed in those moments that you personally find as essential for yourself. In other words, you are now the architect of your own happiness. Stars warrant the absence of outside interventions, and give you enough energy for the fulfillment of all your dreams. What is left for you is a small task - define your priorities and move forward, without getting distracted by the little irrelevant things. Overall, get used to the fact that the star energy does not tolerate spreading yourself thin. You cannot help everyone, so is it not better to do something of scale and really important? At a minimum, that is exactly what the stars recommend. Also, the stars advise you to focus on your feelings because only they can guide you now to a truly right path.