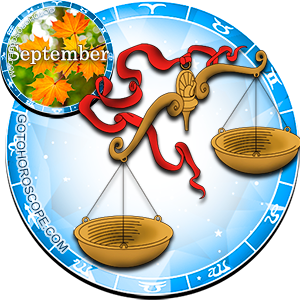 The sign of the cardinal cross of the Air trigon - the Libra, will experience a powerful, but multi-pronged effect of many celestial bodies in the solar system in September 2015. First of all it is worth noting the unique position of Venus, which traditionally acts as the planet-ruler of this sign. In the first month of autumn, the majestic and passionate Priestess of Love will be repeatedly reinforced by some interstellar combinations, which means that Libras should not be afraid of the sphere of personal relationships and the various negative emanations that can be manifested, in particular, on the part of Mars, responsible for the expulsion of the zodiac sign. The celestial warrior is unlikely to get enough freedom to really "annoy" Libra. At the same time, Saturn, which is a planet-exalt of this sign will not be able to fully perform its functions. As a result, the Libra can feel serious problems with vital energy, which will clearly come short for the implementation of all the tasks planned for this month. On the other side, the Sun (responsible for the fall of Libra) will provide the representatives of this sign with certain instead of the negative emanations positivity at the current stage.

In general, the direction of finance and business can be successful in September 2015 for the Libra. To make time to finish all your projects, you need to focus on those factors that actually hinder you. Probably, you have long been experiencing some ambiguity surrounding you atmosphere. Be careful, maybe the culprit weaves intrigue behind the scenes, resulting in and from excessive envy of your colleagues. However, you can be sure that you have all the chances to cope with ill-wishers in the first ten days of the month. Just pull yourself together and think about how to neutralize a potential threat. You will have enough energy for only a couple of actions to regain harmony and peace. If you want to - you can go on the offensive and then your enemies will not stand a chance. If you are not working for yourself, your management will be your reliable ally. People who have their own business, will face the circumstances one-on-one, but they will also have much more freedom of choice. Therefore, as a result, each will have its own unique benefits, wisely using which you will be able to achieve an absolutely positive implementation of your ideas.

As for the love life, the zodiac sign of Libra will find it quite simple to solve any problem of the sensory-emotional area in September 2015. The reason for that - is the already mentioned influence of Venus, which will suddenly decide to change the frequency of its energy flows to be more intensive. As a result, you will not be able to pay attention to the various little things and misunderstandings that will periodically arise between you and your loved ones. However, it is the really significant and serious problems that you should not lose sight of, so make no mistake. Take all the necessary measures, even if someone from your entourage may find them too strict and cardinal. Only now will you have all the information, so make decisions based primarily on whatever solutions you see fit. But as for your other half, then it is definitely worth listening to her. She will not address specific points, but rather focus on some universal, fundamental questions. Remember that self-interest is the greatest evil, learn to see its manifestation in those around you, but to an even greater extent - in yourself.