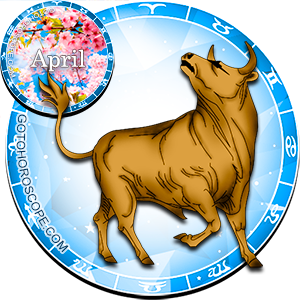 For the zodiac sign Taurus, the second month of spring will be an extremely positive time, though not particularly stable. In this respect almost everything will work out the way you wanted, but, most likely, not the way you planned. Such an unusual situation will take place due to the combination of the Moon and Venus, where the former one will be playing the role of your exaltation and will be repeatedly reinforced by its general stellar position, while the latter one will renounce its status of the planet-ruler and turn its positive emanations into a powerful negative impact. This is not the easiest situation, but it is dangerous for Taurus only because in April of 2016 your emotions can literally get out of control. Your impulsiveness and, at certain moments, fanaticism should be tamed and strictly controlled, because all the potential problems will arise from these characteristics of your nature. In reality, this is the only clear warning, which the stars can provide you with at the current stage. Also it is necessary to act as quickly and efficiently as possible; procrastinating and meticulously attending to all aspects of the problem are out of the question, because such a scenario will quickly lead you to a total defeat.

In the area of entrepreneurship everything will be simple and clear in April of 2016, at least for people born under the sign of Taurus. In this case, apart from your perseverance you will be also required to listen to your intuition and act according to its subtle whispers. A multilateral and comprehensive analysis is now unlikely to be the method that will determine your success. Despite the fact that most of the challenges you face this month will be very technical, you will need to tackle them relying more on your feelings rather than dry theory. Your ability is one thing, and your skill is quite another. You are probably well aware of the distinguishing features of these definitions, and it will be easier for you if you occupy a high ranking position. Take things under your control; do not delegate responsibilities to others, even if your duties require precisely this kind of action from you. If you are an ordinary employee, do not even think about any sort of ethical dilemmas; just act on your intuition, steadily and slowly, so that you always have a possibility at hand to quickly fix the error.

Your "love life" will be more dynamic, but the problems and difficult situations facing you in this area certainly won't let you become bored. In general, be prepared to deal with the most challenging moments with a smile on your face, that's the only way of handling them if you don't want to go crazy from the emotional tension! For many of us it will be a fairly challenging time, because every other friend and relative of yours will consider it their duty to tell you about their pressing issues. Be patient and friendly. In the meanwhile, bring more dynamics into your life, in your relationship in particular. Go out on a daily basis, visit museums and theaters, go on picnics with friends in the open air and attend festivals. The brighter and more active you spend this time, the more positive your memories will be. Problems will now tend to cling exclusively to those who have, so to say, nothing to do. And if your every waking moment is filled with joy, then troubles will just have nowhere to "perch on". Overall, it is not the worst life philosophy, and in April of 2016 the stars will give you a chance to sneak a taste of it. Its okay if you are not satisfied with this option; you will inevitable find your way.