July 2018 will be a particularly successful time in terms of personal relationships for those born under the sign of Taurus. Now, the happiest, strongest feelings will not be random, they will be accompanied by a powerful response, which will largely depend on you. The main patron of your sign Moon will now be strengthened by its successful all-star position, which elevates the priority of the sensory sphere over everything else. On the other hand, Pluto, that is in charge of expelling Taurus, will also receive special bonuses, but his influence is unlikely to be strong enough to send significant problems to people who are purposeful and ready to do anything to achieve what they are determined to achieve. In other words, self-reliance and a high level of adaptability will be the keys to victory. Now, strict adherence to principles should step aside; it will not help you, and it can even harm you. On the other hand, you should not try acting with too much freedom, or you do that at your own risk. At this stage, it makes sense to act rather than to sit doing nothing. It would be also wise to follow a simple rule: do the same things as others, just try to do them better. In this case, the word "better" may become synonymous with the word "faster". Time will not play in your favor, but you can at least try making it one of the less significant factors in defining your success.

July 2018 is not the best time to expand business for Taurus representatives. On the other hand, nothing prevents you from being at the very center of events and solving purely diplomatic issues. This month you can find a very strong new ally who will help you to exceed your own expectations in the future. However, it is worthwhile to watch your back: there is a probability that one of your closest acquaintances may harm you just out of jealousy. Do not disregard the advice of relatives: you yourself might be a little biased in evaluating your own risks. Nevertheless, now it is good to make money in some unconventional ways. It is especially relevant for those Taurus representatives who are business owners. July 2018 may become much less dynamic for those persons who work for someone else, but they are still unlikely to have no chances. Try to work in rhythm, develop a strategy and act in accordance with the circumstances, trying to predict the steps of others (especially of your leadership) beforehand. At some point you can take a chance, but first prepare a "plan B", Otherwise, you may not be able to retreat safely if the initial tactics prove to be unproductive.

Love life will leave strong impressions on Taurus in several ways, and you will carry some of these memories for the rest of your life. Now you definitely should not show off in front of anyone, though you are not restricted from doing this. It can turn into a problem if you do not understand this. This month is good for Taurus representatives because it provides them with a wider and forward-looking perspective. This statement is not necessarily true in its entirety - it might mean that you will be just able to see many people from a new angle. If we are talking about single Taurus members, for you it is necessary to rely on emotions during this period. Hardly anyone will intrude into your personal space, but you know that circumstances can be very, very unpredictable. Take your time in choosing anything, do not rely entirely on your reasoning (of course, use it to a certain extent), and do not let anyone push you out of your comfort zone. If some real feelings are involved, take a step forward or you might end up losing the opportunity. This is not a time for either shy or overly rambunctious people; this is a time for those who are confident in themselves and their desires. Taurus representatives with families can also experience a lot of new things; the only thing to make sure is that you are not too reserved. It is not necessary to spend a lot of time with your family, but if opportunities coincide with your desires then why not. Try to get out of your house as much as possible - it will do you good in every way. 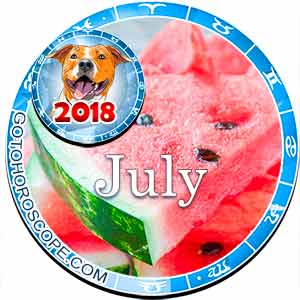 Annual 2018 Horoscope for 12 Zodiac signs for the Pig Year