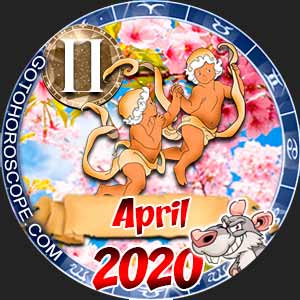 What a whirlwind the past several months have been for you, Gemini. It’s time for you to take a load off. That’s right: the universe is saying that you need a bit of a break to relax. Don’t worry: this isn’t some secret lesson where the universe is lulling you into a false sense of complacency. The stars genuinely want you to rest up for what’s ahead. And don’t worry: you have a whole solar system of planets that are going to pick up your workload for you. All you need to do is make sure you’re resting in the most optimal way. What does that involve? Read on.

On the first day of April, you’re going to want to do nothing. That’s right: nothing. No trick here. You need to completely unplug, regroup, and reset for the day to the degree that you can. Think of it as the equivalent of a full-body cleanse, but this is more for your mind than anything. No, you don’t need to fast or anything like that (although do try and eat healthily and drink your water). What you want to do is silence all the noise around you as much as possible. Yes, some of that so-called noise is coming from loved ones who have many needs of you, but as best as you can, you’re going to want to defer them for a day. April 1st (yes, April Fools Day, but this is no joke) is going to be a day of quiet - inside and out. As you sit there in the quiet, pay attention to what floats in front of your brain, what lingers and then disappears, and what stays rooted in your mind.

By April 2nd, you’re going to break out of that cocoon you’ve made for yourself and face the world, but don’t feel the need to tackle the first crisis you encounter. The operative word for this month is “rest”, but that doesn’t mean you’ll be inactive. You’re going to start paying closer attention to the world around you to see what needs addressing in your life, what it is you want to work on. For that first week in April, you’ll go to do a lot of observing and note-taking to see what’s going on.

Part of taking a load off and relaxing for a bit means taking care of your body and health. No matter where you are in a health regimen, it’s time to reevaluate and see what needs some work. Haven’t been to the doctor in a while? Make that appointment for a checkup. Overdue for a massage? Make TWO appointments for the next couple of weeks. Put away the food that’s really terrible for you and try to incorporate a few more fruits and vegetables into your routine. Go for a walk. You want to get your body ready for the trials and tribulations it’s going to face the rest of this year.

That peace and observation are all in the service of getting ready to pounce on any problem you encounter in May and beyond. You’re going to want to start making a list of what you need to address at that time. This is particularly the case with your workplace. No, you’re not going to make an enemy list out of your coworkers. You are going to look for areas that could be improved. Are you happy with the work you’re doing? Do you feel like you’re making the money you should? Do you need to be in some other line of work altogether? You’re looking for points to either improve your current situation or locate a work situation that makes more sense for you.

You’ve had a busy few months, Gemini. You’ve earned the right to sit back and watch the world go by for a bit. But doing so is a duty in its own right and you don’t want to slack on it. You’re like a spy sitting at a sidewalk cafe in some European city. While you appear to be at rest, you’re collecting intelligence to be used later. All for good, but make sure it’s used. And order a martini while you’re sitting there. You’ve earned it.