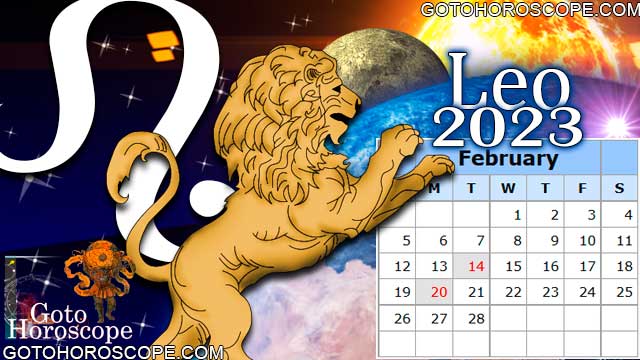 Representatives of the zodiac sign Leo in February 2023 will be thrown to the sidelines of life. At least, that's how it would seem to most of them. Lions are used to always and everywhere being person number one, if not officially, then doing it behind the scenes. In February 2023, their opinion will be challenged at every corner, and most importantly, by everyone, even noteworthy outsiders, who, in contrast to the representatives of your sign, will be supported and motivated. But the worst thing is that the Lions will be off topic and no longer understand what is happening. You will have the same resources as everyone else and receive the same information as everyone else, but your conclusions will seem inadequate and untimely to others. Most likely, time will pass, and the participants in the events will remember the warnings of the Lions and regret that they did not listen, but it will be too late. Representatives of the sign Leo must be prepared for the fact that in February 2023 they will find themselves in the position of Cassandra, in whom no one believes, even if they scream or cry. It is pointless to fight fate. It is better to step aside and do something useful, something that no one is interested in yet, and where therefore those who want to ridicule and remove Leos from business will not appear. It is sad, but during this period, Leo will have to spend a little time in the role of a lone hero. The social sphere in all its manifestations will be blocked for you.

The circumstances of February 2023 will begin to take shape in such a way that the Lions will get completely confused by them and may make a mistake. Therefore, representatives of Leo will only benefit if they do not do anything. In other words, if you let everything develop on its own, nothing bad will happen. After all, even in the case of unforeseen events, it will be possible to correct the direction later. In February, it is better to do long-term planning, draw up a business plan, and collect information. As for romantic relationships, here it is better to abandon the obvious signs of attention provided by a frivolous person. Simple flirting can take Leo far and be the beginning of the end of some more serious relationships.