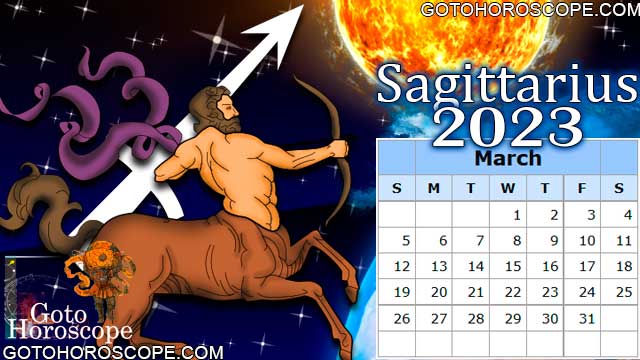 Impulsivity, unusual for representatives of your zodiac sign, will overcome Sagittarius in March 2023. Ideas will come to your mind that you will want to implement immediately, and they will seem surprisingly witty and original. You will want to take risks, be cheerful, and be carefree. It will pull you to the casino, to the streets, and to the company. You will be drawn to having fun. Simply put, the Sagittarians will want to perform and show themselves, and at the same time, there will always be an audience that wants to see the show—a very dangerous condition. This has "blown one's mind" or "carried away" people. It is a state in which it is difficult to stop; it is almost impossible to control yourself. If the representatives of the sign do not want to get into trouble, they should slow down with all their might and loudly call for help. If you succumb to the mood, you can ruin your relationship with the right person once and for all by blurting out something obscene. You can also do something upsetting and unforgivable in such an incant state that will stain you for the rest of your life.(For example, hopelessly break some valuable item or spoil relationships with the right person).The most unpleasant thing is that there will be few really reasonable people around who can stop the outrages, only a crowd that will start chanting "Come on, come on." or "Do it already!"

Success will be in the hands of those Sagittarians who are able to take advantage of such a situation rather than surrender to chance. In fact, it is not necessary to extinguish the activity. It is easier to direct it in a creative direction. The fact is that in March 2023, the influence of Sagittarius will be especially strong. If desired, you can roll mountains, mainly in those areas that do not directly concern the representatives of the sign. However, there is a danger of encountering an insurmountable obstacle, which will provoke the release of negative energy. As such, Sagittarians can start stubbornly breaking into closed doors, announcing the neighborhood with a stream of abuse. It is very important at such a moment to have a loyal and devoted person nearby whom Sagittarians trust. With its help, it will be possible to switch to another case and return to what has stalled later. Perhaps a little later, in a less stressed state, the Sagittarians will see what the cause of the slip is, and they will easily bypass the barrier that they unsuccessfully stormed in March 2023.