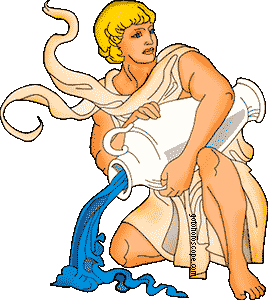 🌟Hello, Lucky. As long as you don't bluff if you're only holding a pair of threes, you should be able to make an exceptional arrangement that allows you to expand creatively or advance one of your goals-or both.🌟

❤ Good luck comes with a little hard work, and that's especially true when it comes to love. Sometimes, it takes some effort to make love happen and this could well be one of those times. Consider joining in group activities where you have a chance to mingle and al↓ Low others to see you at your best. ❤

💰 Everyone has flaws, you included. However, now is not the time to dwell on them, especially in the workplace. It is much more profitable to accept what coworkers have to offer and enjoy them rather than hope for the qualities they do not possess and condemn them for it. 💰

People born specifically on the 31st of January are believed to be ambitious high achievers and as determined in their stance as...

Void of Course Moon in ♑

For Aquarius on January 31, 2023 Void of Course Moon will happen in your 10th House of Career, Responsibility and Reputation. Aquarius should expect that any action taken during this period in the Career and Reputation sphere will come to the end with no result.

When the Moon in the Aquarius your source of inspiration is fortunate, being supported on many sides by well-wishers, and there is a comforting sense of being far from alone. You may react very badly if you think they being tied down emotionally or domestically. The period resets obligations and responsibilities, and home conditions may be unusual and unsettled.
The Moon semi-sextile Mars is an aspect of adversities that go unnoticed. Natives with this aspect in their charts can often be naive and miss red-flags clear to everyone else in their lives. Learning to pay attention to social cues would be a valuable skill.
This is the aspect of a wandering mind. While natives with this aspect in their chart can be incredibly creative, knowing when to use that creativity can be one of their biggest challenges. Learning how to focus on one task at a time is necessary.
Reconciling the need for expansion and the need for variety can be a challenge that comes up with this aspect. Overindulgence may become an escape route for those who have issues facing their emotions head-on.
Natives with a Moon and Chiron sextile often mature early in life. This could be the byproduct of unfortunate situations. Still, these people are old souls who are familiar with the suffering that can come from living a carnal life. For that reason, natives with this aspect may often have many friends older than them as they feel out of place with people their age. Whenever they do happen to build significant relationships with people in their generation, they tend to become a role-model for their peers.
The Moon and Uranus square cause natives to have turbulent lives. Their world will often feel like it's never stable with one challenge after another without any real time to take a breather. These people are often forced to become multitaskers early in life and take responsibilities beyond their age. Still, with all these ups and downs, the environment they grow up in makes them resilient and up for any challenge. Getting used to Uranus's many ups and downs can take time, but once they do, nothing can stop them from achieving their goals.
A semi-sextile between the planet of love and the one of emotions can create difficulties showing affection. One might not have been shown love in early life, and developing a unique love language is necessary.

Famous Birthdays and January 31, 2023 in History

Aquarius being the last sign of the air trine is one of the zodiac houses that the solar system planets impact the most. The chances are you do not notice this impact - it is hard to do without special knowledge; in the meantime, atstromagnetic emanations shape up many aspects of your life. It is you, who shape them up, to be precise, and stars only fine-tune your energy and the energy of those around you. It goes without saying, this fine-tuning is not always positive. That's why this page of our website offers you tomorrow's horoscope for Aquarius. This unique forecast developed by highly-qualified experts with use of newest astrological methods allows for precise tracking of both positive and negative moments that could be waiting for you around another life corner. Tomorrow's horoscope for Aquarius is an amazing combination of ancient sacred knowledge and contemporary man's mighty intellect. Such combination simply has to be positively beneficial! Moreover, in order to see if that is really the case, you don't have to subject yourself to any risk or make any life-changing decisions. It is enough to read through tomorrow's horoscope for Aquarius and then it's up to you if you want to follow the stars' advice or not. In any case, it won't take you long to realize this thing does work and works exceptionally well. If not, horoscopes would hardly be this popular with people of all ages and social classes.

Our ancestors' wisdom confined in horoscopes still serves us well today. After all, what could possibly change? Life of each and every one of us is just a brief moment in the prism of planets and stars' existence. That's why the laws that ruled our world thousands of years ago will still be relevant today and in a hundred years and in a thousand years from now. This is how our world works. Tomorrow's horoscope for Aquarius is just a small part of practical application of the universal fundamental laws which skillful master astrologists translated in a user-friendly way. Nonetheless, this part can easily be life changing for every one of us. And it will be up to each of us to steer this change in the right direction. By carefully analyzing the information and giving a timely response to heavenly bodies' energy emanations, you can achieve a lot. Your wish is a key.