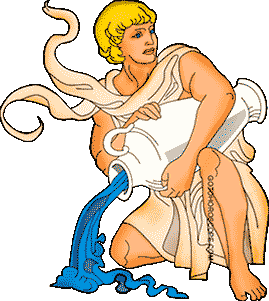 🌟 Aquarius' gift of persuasion this week is commendable. Use your eloquence for its intended purpose and be more current in your remarks. The horoscope advises Aquarius to think beyond the usual patterns. Even if it seems that one of the ideas is slightly utopian, do not rush to completely abandon it. Keep such thoughts in the vaults of your memory. Aquarius' life priorities will shift slightly beginning in the middle of the week. Whether you like it or not, personal relationships will come first. Misunderstandings and quarrels may emerge. However, the quarrel, even if you do not protect yourself from it, will be short-lived. Dear Aquarius, during this period it is important to demonstrate external calmness and equanimity, which will become a powerful weapon for you. 🌟

🔭 This week's Planetary Aspects for Aquarius

January 23, 2023 - Sun in your 1st House of Self-Image conjunction Mercury

January 23, 2023 - Mars in your 11th House of Aspirations and Personal Goals semi-square Saturn

1932 Test debut of Bill O'Reilly, vs South Africa at Adelaide

Weekly horoscope for Aquarius located above can drastically change your life provided your involvement. To be more precise, it will be you who will be introducing changes to your life - stars will only prompt you to the spatiotemporal points that you'll have to focus on in order to achieve the most success in the least amount of time. In other words, such horoscopes will hardly provide the information on something like "100 suggestions that will help you change your life for the better". Weekly horoscope for Aquarius is intended for someone who knows exactly where and why they are heading -someone who may just be missing a drop of confidence in some part of a plan or simply wants to have extra resources to guarantee a desired result. This is when stars' advice will come handy.

Weekly horoscope for Aquarius gets updated on a weekly basis, so you will always have an opportunity to adjust your plans for the week in a timely fashion. It should be noted that such short-term horoscopes when compared to their long-term counterparts (monthly and yearly horoscopes) have a few undeniable advantages and efficiency is one of the first ones to mention. A monthly or a yearly horoscope can only outline a general paradigm of energy emanation development of the planets which have a direct affect on your zodiac house. This is a good thing, no doubt about it. However, a more detailed study of the current problems, especially those that are yet to happen, is a much more important factor in a given situation. A timely response to an event can either give you unbelievable - never before available - opportunities or save you from missteps fraught with unfavorable consequences.

Thus, weekly horoscope for Aquarius in any case is one of the most effective ways of preventing upcoming conflicts. Of course, the Water Bearers will have to do everything themselves; however, you can't deny the fact that it is great to have a map for a minefield when one is going to cross it! And even if the map doesn't indicate the location of every single mine and just provides the schematic outlines of dangerous spots, such information in itself is invaluable - invaluable when in the right hands.