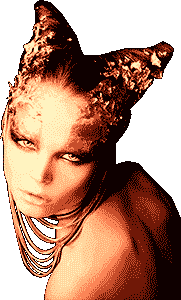 Name: Elton John
Variant Name: Reginald Kenneth Dwight
Birth Date: March 25, 1947
Place of Birth: Pinner, Middlesex, England
Nationality: English
Gender: Male
Occupations: singer, songwriter, humanitarian
One of the most famous composers, singer-songwriters, record producer, pianist and top-selling music artists in the world, Elton John's career spans over four decades. John is noted for his outrageous costumes and eye-wear in addition to his fight for AIDS and alternative lifestyle. His most listened songs include the score of The Lion King (won an Academy Award), Candle in the Wind for Princess Diana, Crocodile Rock, Philadelphia Freedom, and hundreds more. Sir Elton John is scheduled to perform at Caesars Palace through the 2014 season. He is in the Rock and Roll Hall of Fame, a Commander of the Order of the British Empire, winner of 10 Tony awards for Billy Elliott in 2008, and many Emmy Awards.

Name: Eric Patrick Clapton
Birth Date: March 30, 1945
Place of Birth: Ripley, England
Nationality: English
Gender: Male
Occupations: musician, guitarist, songwriter
Inducted three times into the Rock and Roll Hall of Fame as a participant in the bands, The Yardbirds and Cream and as a soloist. Rolling Stone Magazine lists Clapton as number 2 on its list of the 100 Greatest Guitarists of All Times. He is the recipient of 17 Grammies, the Brit Award for Outstanding Contributions to Music and in 2004 received a BCE at Buckingham Palance. He is also a recovering drug and alcohol addict and founded the Crossroads Centre on Antigua a facility for substance abusers. He won a Grammy for Change the World and for My Father's Eyes. He continues working on music, touring, and working in charity work. His song Tears in Heaven was written for his son Conor.

Name: Billie Holiday
Birth Date: April 7, 1915
Death Date: July 17, 1959
Place of Birth: Baltimore, Maryland, US
Place of Death: New York, NY, US
Occupations: jazz vocalist
Cause of Death: Alcoholism
One of the most influential jazz and pop singers, Billie Holiday was a songwriter and a singer who introduced a new way of handling musical phrases and rhythm. She co-authored Lady Sings the Blues, Fine and Mellow and God Bless the Child. In 1939 she sang Strange Fruit a protest song which was her signature. Billie sang with Count Basie and Artie Shaw in the late 1930s. Holidays' single I'M Gonna Lock My Heart produced in 1938 was listed as sixth on the most played song for that year and hit #2 on the pop charts. Holiday was posthumously inducted into the Gammy Hall of Fame and a special Grammy was established in her honor in 1973.

Name: Vincent Van Gogh
Birth Date: March 30, 1853
Death Date: July 29, 1890
Place of Birth: Groot-Zundert, Holland
Place of Death: Auvers, France
Nationality: Dutch
Gender: Male
Occupations: painter
A post-Impressionist painter, Van Gogh used odd color and rough, frank beauty in his works. Van Gogh suffered from mental illness and died at 37 from a self-inflicted gunshot wound. His first major painting The Potato Eaters was the finale of several years of work in peasant studies. His work was exhibited in 1885 in the widows of Leurs, The Hague. He used smooth brushwork and color shading in Still-Life with Earthen Pot and Clogs and Still-Life with Straw Hat and Pipe While in an asylum Van Gogh painted The Starry Night and the Sower (1888-1889). He was adapt at self-portraits, flowers, cypresses, flowering orchards and wheat fields. His painting can be seen in various museums and 150 pieces of art are at the Van Gogh Museum.

Name: Charles Spencer Chaplin
Birth Date: April 16, 1889
Death Date: December 25, 1977
Place of Birth: London, England
Place of Death: Switzerland
Nationality: English
Occupations: actor, director, writer
One of the most highly recognizable comedians of the silent era, Charlie Chaplin's screen persona was The Tramp. Chaplin's career spanned 75 years and included controversy and adulation. His talent was slapstick comedy along with social commentary. Chaplin soon moved from conventional slapstick and slowed the pace plus used comic potential in every scene he did. He focused on developing his characters. His quirky mannerisms were essential parts of his comedy. Chaplin received three Oscars and an Honorary Award for resourcefulness and brilliance in directing, producing and acting in The Circus in 1929. He won another Honorary Award for Limelight in 1973. Chaplin was nominated for best actor and best original screenplay for The Great Dictator. He receive a best original screenplay nomination for Monsieur Verdous.

Name: Francis Ford Coppola
Birth Date: April 7, 1939
Place of Birth: Detroit, Michigan, United States
Nationality: American
Occupations: director, writer
Coppola is a producer, screenwriter and film director with his best known films being Patton, The Godfather, The Godfather Part II, plus Apocalypse Now. He won the Academy Award for Best Original Screenplay in 1972, three Oscars for Best Adapted Screenplay, Best Picture and Best Director (The Godfather). He won the Palme d'Or at the 1974 Cannes Film Festival for The Conversation and other Palme d'Or for Apocalypse Now. 1980 successes included Peggy Sue Got Married and the New York Stories. In 1990 he returned to the Godfather Part III, Bram Stoker's Dracula, and The Rainmaker. 2009 produced Tetro, Twixt, and The Bling Ring. Coppola founded Zoetrope: All Story and is a major player at the Cannes Film Festival.

Name: William Wordsworth
Birth Date: April 7, 1770
Death Date: April 23, 1850
Place of Birth: Cookermouth, Cumberland, England
Place of Death: England
Nationality: English
Occupations: poet
The Romantic Age in English literature was launched in the 1798 publication Lyrical Ballads. In Lyrical Ballads Wordsworth published Tintern Abbey and defined poetry as a spontaneous overflow of powerful feelings. His magnus opus is The Prelude or a semi-autobiographical poem of Wordsworth's early years. Wordsworth served as Britain's poet laureate from 1843 until he died in 1950. During this time he wrote no poetry. First published in 1793, An Evening Walk and Descriptive Sketches was Wordsworth introduction to becoming a professional poet.in 1795 he wrote The Borderers, his only play. He published The Excursion as the second part of The Recluse. He never finished the first and third parts, but this work contains his famous lines on the relationship between man and nature.

Name: Marlon Brando
Birth Date: April 3, 1924
Place of Birth: Omaha, Nebraska, United States
Nationality: American
Gender: Male
Occupations: actor
Died: 02-07-2004
One of the greatest actors of all time, Marlon Brando is famous for his Academy Award performance in On the Waterfront in 1954, Vito Corleone, The Godfather in 1972 and his inspiring accomplishments in A Streetcar Named Desire in 1951. Brando was also influential in Viva Zapata! in 1952, Last Tango in Paris in 1972 and Apocalypse Now in 1979. Brando supported the African-American Civil Rights Movement as well as the American Indian Movements. Later performances in The Island of Dr. Moreau in 1996, Free Money in 1998 and his last film The Score in 2001. Brando's last years were controversial with his troubled family life, obesity problems and diabetic illness. He passed away on July 1, 2004.