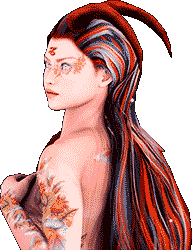 Name: Al Capone
Variant Name: 'Scarface'
Birth Date: January 17, 1899
Death Date: 1947
Place of Birth: Brooklyn, New York, US
Place of Death: Florida, Us
Nationality: American
Occupations: gangster, criminal
A famous American gangster who led a crime family during the Prohibition era, Al Capone dedicated his life to smuggling and bootlegging liquor, engaging in prostitution, bribery and racketeering. Capone was extremely charitable and donated to charities using the money from his criminal activities. He was legitimized as a Robin Hood figure. His reputation was damaged after his involvement in the 1929 execution of rival gang members in the Saint Valentine' Day massacre. He was convicted of tax evasion in 1931 and sentenced to federal prison; part of his incarceration was on Alcatraz Island. His imprisonment left him confused and very ill. He died on January 25, 1947 due to consequences of syphilis he contracted when he was young.

Name: Diane Keaton
Born: 05/01/1946
Birth Place: Santa Ana, California, USA
Field: Entertainment
Well-known films for Keaton include Play it Again, Sam in 1972, Sleeper in 1973 and Love and Death in 1975. She won an Academy Award for her part in Annie Hall in 1977. Keaton ways also in the Godfather in 1972 as Kay Corleone. Keaton has starred in Baby Boom in 1987, Father of the Bride in 1991, The First Wives Club in 1996, Something's Gotta Give (2003), and The Family Stone released in 2005. Keaton was in Morning Glory in 2010, The Big Wedding in 2013 and Life Itself in 2014. Keaton has won BAFTA Awards, Golden Globes, People's Choice Awards, and hasty Pudding Theatricals Woman of the Year. Keaton is also a real estate developer, author, photographer and singer.

Name: Edgar Allan Poe
Birth Date: January 19, 1809
Death Date: October 7, 1849
Place of Birth: Boston, Massachusetts, United States
Place of Death: Baltimore, Maryland, United States
Nationality: American
Occupations: poet, writer
Edgar Allan Poe was part of the Romantic Movement in literature and he is known for his tales of the macabre and mystery. He wrote short stories and poetry and is the inventor of detective fiction. Poe's first publication was Tamerlane and Other Poems in 1827. Poe wrote for literary journals and periodicals and became famous for his literary criticism. In 1945 Poe released is poem The Raven. 1939 The Narrative of Arthur Gordon Pym of Nantucket was released to the public, and in 1939 he released Tales of the Grotesque and Arabesque. Poe wrote fiction in the Gothic style and used themes that dealt with death, decomposition, premature burial and reanimation of the dead. Poe's famous works include The Cask of Amontillado, The Fall of the House of Usher, The Gold-Bug, The Murders in the Rue Morgue, The Pit and the Pendulum and the Purloined Letter.

Name: Elvis Aron Presley
Birth Date: January 8, 1935
Death Date: August 16, 1977
Place of Birth: Tupelo, Mississippi, US
Place of Death: Memphis, Tennessee, US
Nationality: American
Occupations: singer
Age at Death: 42
Cause of Death: Heart attack
Elvis is the King of Roc and Roll and a 20th century cult icon. Presley melded rockabilly with rhythm and blues in his first hit Heartbreak Hotel in 1956. His sexually provocative performances moved across color lines and made him popular and controversial. He debuted in the movie Love Me Tender in 1956 and starred in The Trouble with Girls in 1969, Change of Habit in 1969 and Elvis: That's the Way It Is in 1970. He received three Grammys and the Grammy Lifetime Achievement Award. He is in many music halls of fame. Presley is famous for his shows in Las Vegas, and the hits Suspicious Minds, Don't Cry Daddy and Kentucky Rain. His closing number for most of his shows was Can't Help Falling in Love. His last number one pop hit was Suspicious Minds.

Name: Humphrey Bogart
Birth Date: January 23, 1899
Death Date: 1957
Place of Birth: New York, New York, US
Place of Death: Hollywood, California, US
Nationality: American
Occupations: actor
Age at Death: 57
Cause of Death: Cancer
The American Film Institute ranks Bogart as one of the greatest male stars in the history of film. He became an actor in 1921 as a regular in Broadway productions. His first success in film was in The Petrified Forest in 1936 and he was typecast as a gangster in Angels with Dirty Faces in 1938 and The Return of Doctor X in 1939. His starring roles came in 1941 in The Maltese Falcon and High Sierra. Bogart's next performances in Casablanca, To Have and Have Not in 1944, The Big Sleep in 1946, Dark Passage in 1947 and Key Largo in 1948 made his an icon. He was in The Treasure of the Sierra Madre in 1948, The African Queen in 1951 (won the Academy Award), Sabrina in 1954 and The Caine Mutiny in 1954. His final movie was The Harder They Fall in 1956. Bogart's career spanned over 30 years and he acted in 75 films.

Name: Isaac Asimov
Variant Name: Paul French
Birth Date: January 2, 1920
Death Date: April 6, 1992
Place of Birth: Petrovichi, Union of Soviet Socialist Republics
Place of Death: New York, New York, US
Nationality: American
Occupations: writer
Age at Death: 72
Cause of Death: AIDS
Originally a professor of biochemistry at Boston University Isaac Asimov moved to science fiction and popular science books. He wrote or edited over 500 books and penned 90,000 letters and postcards. Asimov was master of rigid science fiction and his works include the Robot Series, Foundation Series, and The Galactic Empire series. The short story Nightfall published 1964 was classified as the best short science fiction story ever. His non-fiction writings explain scientific concepts as history and he includes details of the scientists in his book Asimov's Chronology of Science and Discovery. Asimov had a deep fear of enclosed places and particularly flying. He wrote The Bicentennial Man and the movie I, Robot is loosely based on his Robot series.

Name: Louis Pasteur
Birth Date: December 27, 1822
Death Date: September 28, 1895
Place of Birth: Dole, France
Place of Death: Paris, France
Nationality: French
Occupations: chemist
Pasteur discovered the principles of microbial fermentation, pasteurization and vaccination. He discovered causes and preventions of several diseases and reduced death from puerperal fever. He created the vaccines for rabies and anthrax. Louis Pasteur invented the technique of treating milk and wine to stop contamination from bacteria. He is the father of microbiology. Pasteur directed the Pasteur Institute from 1887 until his death in 1895 at the age of 72. He made the "all life from life" theories possible and demonstrated fermentation as a growth of micro-organisms and biogenesis. Pasteur received the Order of the Medjidie, Chevalier of the Legion of Honour in 1853 and won the Leeuwenhoek medal. He received Brazil's Order of the Rose and was a permanent member of the French Academy of Sciences.

Name: Muhammad Ali
Variant Name: Cassius Clay
Birth Date: January 17, 1942
Place of Birth: Louisville, Kentucky, US
Nationality: American
Ethnicity: African American
Occupations: boxer
Formerly known as Cassius Marcellus Clay, Jr., Mohammad Ali is a professional boxer who is one of the ultimate heavyweights in boxing history. He was controversial, but his skills and his values of religious freedom, racial justice and principles made him famous. He won the world heavyweight championship in 1964 at the age of 22. He was found guilty of draft dodging and stripped of his title in 1967. He won the heavyweight title again in 1974 and 1978. Ali craved the spotlight and controlled his own press conferences and interviews. By sheer personality he transformed the African American athlete into a force to be reckoned with. In 1984 due to head trauma common to boxing, it was determined that Ali had Parkinson's syndrome. He continued to remain active in the boxing world as a guest referee rather than a participant.

Name: Richard Nixon
Born: 09/01/1913
Birth Place: Orange County, California, USA
Died: 22/04/1994
Age at Death: 81
Cause of Death: Stroke
The 37th President of the United States, Richard Nixon was the only president to resign from office. He also worked as a U.S. Senator and Representative from California. Nixon was the 36th Vice President of the United States under Dwight D. Eisenhower. He graduated from law school, moved to Washington D.C. and served in the U.S. Navy during WWII. Nixon worked aggressively on the Alger Hiss case which gave him the reputation as an anti-communist. He ended the U.S. involvement in the Vietnam War and opened the door to the People's Republic of China in 1972. Nixon initiated treaties with the Soviet Union and worked to transfer power back to the states. He replaced manned space exploration with shuttle missions. Nixon's notoriety grew from the Watergate scandal and his resignation. He has written nine books and worked on foreign relations in his retirement.

Name: Joseph Rudyard Kipling
Birth Date: December 30, 1865
Death Date: January 18, 1936
Place of Birth: Bombay, India
Place of Death: Burwash, England
Nationality: British
Occupations: writer, poet
Born in Bombay, India of British parents, Kipling is famous for his poems and stories of British soldiers in India and his tales for children. He wrote The Jungle Book, Just So Stories in 1902 and Kim in 1901. His poems Gunga Din in 1890 and The White Man's Burden in 1899 gave him the reputation as an innovator in the art of storytelling. Kipling received the Nobel Prize in Literature in 1907. He declined knighthood and the poet laureateship of Britain. Kipling has always enjoyed the reputation of wonderful narrative abilities. Kipling has a crater on the planet Mercury named for him (2010 International Astronomical Union.)