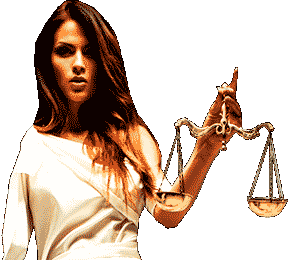 Name: Brigitte Bardot
Birth Place: Paris, France
Date of Birth: 09/28/1934
Once a sex symbol, actress, model and singer, Brigitte Bardot is now an animal rights activist. She starred in 1957's And God Created Woman and in the 1963 film Le Mepris. She was nominated for a BAFTA Award for her role in Viva Maria. Bardot starred in forty-seven films and performed in musicals. She recorded at least 60 songs and was awarded the Legion of Honour in 1985. She has criticize immigration and Islam in France and fined for inciting racial hatred. Bardot's fame increased with Shalako, Royal Affairs in Versailles, The Legend of Frenchie King, and Don Juan, or If Don Juan Were a Woman. She retired from acting in 1973.

Name: Arthur Miller
Birth Date: October 17, 1915
Place of Birth: New York, New York, US
Nationality: American
Occupations: dramatist
Current Age: 89
Arthur Miller is influential in American plays for film and Broadway. He wrote dramas that included All My Sons in 1947, Death of a Salesman in 1949, The Crucible in 1953 and A View from the Bridge in 1956. He also wrote the film The Misfits in 1961, featuring his then wife Marilyn Monroe. He received the Prince of Asturias Award in 2002 and the Jerusalem prize in 2003. He was awarded the Dorothy and Lillian Gish Prize for his contribution to the beauty of the world. He also received the National Book Foundation's Medal for Distinguished Contribution to American Letters. He produced After the Fall in 1964 and his final plays were Finishing the Picture in 2004 and Resurrection Blues in 2002.

Name: Eugene O'Neill
Birth Date: October 16, 1888
Death Date: November 27, 1953
Place of Birth: New York, New York, United States
Place of Death: Boston, Massachusetts, United States
Nationality: American
Occupations: playwright
A Nobel laureate in Literature and famous Irish American playwright, Eugene O'Neill introduced the techniques of realism into his plays, included speeches and characters on the fringe of society and wrote pessimistic and tragic plays. He wrote one comedy in his career Ah, Wilderness. O'Neill's full length plays include Anna Christie in 1920, The Emperor Jones, in 1920, All God's Chillun Got Wings in 1924, Desire Under the Elms in 1925 and The Iceman Cometh in 1939. A Long Day's Journey into Night won him a Pulitzer Prize and a Touch of the Poet in 1958 was highly acclaimed. His home in New London is a National Historic Landmark and his home in California is a Eugene O'Neill National Historic Site.

Name: Eugene Luther Gore Vidal
Variant Name: Gore Vidal
Birth Date: October 3, 1925
Place of Birth: West Point, New York, US
Nationality: American
Occupations: writer
Current Age: 79
Gore Vidal is known for his novels Myra Breckinridge, Julian, Burr, and Lincoln and The City and the Pillar in 1948. As one of America's best loved novelists, play writers and essayist, Vidal is also a pubic intellectual and often uses aphorisms to illustrate his speeches. He believed that the United States was a decaying empire and often fought with William F. Buckley Jr, Truman Capote and Norman Mailer. He penned the drama Ben-Hur in 1959 which won the Oscar for Best Picture. He was highly critical of the George W. Bush administration and claimed he was a conspiracy analyst. He was reputed to have relationships with men and women and stated that everyone is bisexual. He was the president of the American Humanist Association and touted his atheist ideals.

Name: John Winston Lennon
Birth Date: October 9, 1940
Death Date: December 8, 1980
Place of Birth: Liverpool, England
Place of Death: New York, New York, US
Nationality: English
Occupations: musician, poet, songwriter
Age at Death: 40
Cause of Death: Murder
A member of the Beatles, Lennon was a singer and songwriter who contributed to the world's most successful rock group. In 1970 Lennon went on to solo write and sing Give Peace a Chance and Working Class Hero. He left music in 1975 to raise his family and in 1980 released Double Fantasy. He was murdered shortly after this album's release. Lennon was inducted after his death into the Songwriters Hall of Fame (1987) and the Rock and Roll Hall of Fame (1994). Lennon was famous for his anti-war and anti-Nixon propaganda. For four years Nixon attempted to deport Lennon and ultimately denied his permanent residency in the US. Lennon wrote Elephant's Memory, Some Time in New York City in 1972 which contained songs about race relations and women's rights. His best received non-Beatles single Whatever Gets You Thru the Night was released in 1974.

Name: Oscar Fingall O'Flahertie Wills Wilde
Birth Date: October 16, 1854
Death Date: November 30, 1900
Place of Birth: Dublin, Ireland
Place of Death: Paris, France
Nationality: British
Occupations: author, dramatist, poet
Oscar Wilde was a well-known writer and poet. He wrote throughout the 1880s and become one of Europe's most popular playwrights. He is remembered for his only novel The Picture of Dorian Gray plus his plays and the circumstance of his early death. He wrote The Importance of Being Earnest in 1895 and was imprisoned for gross indecency with other men that same year. Wilde wrote The Ballad of Reading Goal in 1898 which discussed the execution of Charles Thomas Wooldridge who murdered his wife. It highlights the brutalization of convicts. He wrote The Happy Prince and Other Tales in 1888 and wrote fairy stories for magazines. He published Lord Arthur Savile's Crime and Other Stores in 1981 and dedicated A House of Pomegranates to Constance Mary Wilde.

Name: Rita Hayworth
Variant Name: Margarita Carmen Cansino
Birth Date: October 17, 1918
Death Date: May 14, 1987
Place of Birth: New York, New York, US
Place of Death: New York, New York, US
Occupations: actor
Age at Death: 68
Cause of Death: Alzheimer's disease
Changing her hair color from dark brown to dark red gave Rita Hayworth more movie roles and her features on Life five times. Rita appeared in over 67 films in a career spanning over three decades. She is listed as one of the 100 Greatest Stars of All Time according to the American Film Institute. Her film break came in 1939 in Only Angels Have Wings. In 1940 Rita appeared in The Lady in Question and Angels Over Broadway. She starred in The Strawberry Blonde in 1941. In 1951 she filmed You'll Never Get Rich, You Were Never Lovelier, and My Gal Sal. Her 1952 comeback film Affair in Trinidad in 1952 started another string of successful pictures. She released Salome, Miss Sadie Thompson and Fire Down Below in 1957. Her last film was The Wrath of God in 1972.

Name: Truman Capote
Birth Date: September 30, 1924
Death Date: August 25, 1984
Place of Birth: New Orleans, Louisiana, US
Place of Death: Los Angeles, California, US
Occupations: author
Age at Death: 59
Cause of Death: Alcoholism
An American author, playwright and screenwriter, Truman Capote, is famous for Breakfast at Tiffany's in 1958 and In Cold Blood (1966), a true story about the murder of a wealthy farm family. Capote has contributed to television dramas, movies and plays with more than 20 releases. In Cold Blood was Capote's final published book. His stage plays include The Grass Harp in 1951 and the musical House of Flowers in 1954. He wrote The Muses are Heard in 1956 on a trip though the Soviet Union. Capote was openly homosexual and he often dedicated his writings to his lovers. Capote was well-known for his high-pitched voice, his strange dress and bizarre stories about living celebrities. He continued his fame by running with the jet set and writing for magazines, and losing himself in drugs.

Name: Walter Matthau
Variant Name: Walter Matthow, Walter Matuschanskayasky
Birth Date: October 1, 1920
Death Date: July 1, 2000
Place of Birth: New York, New York, United States
Place of Death: Santa Monica, California, United States
Occupations: actor
Age at Death: 79
Cause of Death: Heart attack
Walter Matthau is famous for his role in The Odd Couple and his collaborations with Jack Lemon. He was Coach Buttermaker in the Bad News Bears in 1976 and won an Oscar for his performance in The Fortune Cookie in 1966. He played villains in King Creole in 1958, Ride a Crooked Trail and Onionhead. He filmed with Kirk Douglas in Lonely are the Brave and with Audrey Hepburn in Charade. In 1971 Matthau was cast in Kotch (1971) and The Sunshine Boys. He won a Golden Globe for this role. He starred in The Laughing Policeman, The Taking of Pelham One Two Three and Charley Varrick. He was very funny in Grumpy Old Men and the sequel in 1995 Grumpier Old Men. His final appearance was in Hanging Up in 2000.

Field: Entertainment
Date of Birth: 10/13/1921
Date of Death: 11/09/1991
Age at Death: 70
Cause of Death: Heart attack
Montand was a famous international star who sang and acted and was a star in many films. He sang love songs about Paris and performed at the Paris Olympia Music Hall. He played in Let's Make Love with Marilyn Monroe and was nominated for a Cesar Award for I comme Icare and for Garcon!. He game a memorable performance in Jean de Florette with Gerard Depardieu. In 1970 he was a German sturmbannfuhrer in Kelly's Heroes. In 1979 Montand was in I as in Icarus. He played in many French films. His last film was IP5: L'ile aux pachyderms. He died on the last day of a heart attack.